Best AV receivers Buying Guide: Welcome to 7Review's round-up of the best home cinema amplifiers you can buy in 2021.
22175 Views

If you’re serious about home cinema then there really is no substitute for a set of surround sound speakers powered by an AV receiver.

The home cinema amplifier is the brains and brawn of any home cinema system and will ensure your TV and films sound powerful, detailed and dynamic and truly give you that immersive experience.

The majority of AV receivers now include Dolby Atmos and DTS:X support for adding even more sound channels, with the addition of height channel speakers, or they can, of course, play vanilla 5.1 surround sound. Expect HDMI inputs that can pass through 4K (and even 8K) and HDR video, with voice assistant support, Bluetooth wireless audio and Apple AirPlay extras on a fair number of models these days.

But most of all, the best AV receivers deliver brilliant, room-filling sound. And these are our pick of them, all tried, tested and star-rated in our dedicated testing rooms.

Denon raises the bar again for what is achievable for less than a grand. 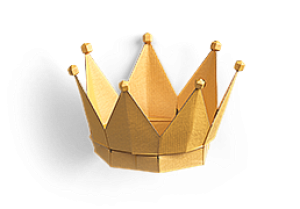 When you listen to class-leading products as often as we do, you know immediately when a new standard has been set. …
$1,199.00
Check deal
Positive
Negatives

When you listen to class-leading products as often as we do, you know immediately when a new standard has been set. That said, sometimes it takes until you have a direct comparison with another superb product to comprehend just how high the bar has been lifted.

That is the case with the new 8K-ready Denon AVC-X3700H home cinema amplifier. While there may be a small part of us that would delight in the Japanese company messing up one of these amps – purely so we would have something different to write – the sonic improvement it has made on its predecessor is quite surprisingly marked, which is why its retained its Award in 2021.

The energy of the performance is immediately striking. There’s greater muscle than before, but it is also even lither and better defined. It’s a combination of solid dynamic expression, which enthuses each vocal line as much as differentiating one gunshot from another, a sharper punch and greater clarity that allows you to get deeper inside the soundtrack and become more immersed.

If you have the system to match it with, the AVC-X3700H is another Denon effort that will happily last you many years.

A powerful amp that was worth the wait.

When hunting for an AV receiver or amplifier, it can be hard not to get caught up in the battle of the tech specs and those who become too focused on comparing spec sheets may well overlook the 2021 Award-inning JBL Synthesis SDR-35.

While its format support is thorough, its amplification for just seven channels and current lack of HDMI 2.1 connections (all of the sockets are 18gbps HDMI 2.0s but a hardware upgrade to HDMI 2.1 will be offered towards the end of 2021) are trumped by Denon receivers costing around a sixth of its price tag.

In terms of sound quality though, this JBL is in a whole different league, delivering music and movies with a truly rare maturity and sophistication and if we were building a high-end home cinema from scratch, it would be the first component on the shortlist.

The range of supported HDR types is exemplary, with HDR10, HLG, Dolby Vision and HDR10+ all offered on the video side, and Dolby Atmos, DTS:X, Auro 3D and even IMAX Enhanced for audio. There’s also Dolby Height Virtualisation and DTS Virtual:X on board for those who want to simulate height effects without the use of physical ceiling or up-firing speakers.

As well as a substantial selection of physical connections, there are plenty of ways to wirelessly get your content to the SDR-35 too with aptX HD Bluetooth, Apple AirPlay 2 and Google Chromecast on board. It also works with Harman’s MusicLife app, which allows for streaming of music from the likes of Tidal, Deezer and Qobuz, plus tracks stored on your own network.

Best AV receiver in its class. A superb piece of kit for the money.
10

The fact that this was our Product of the Year for two years in a row – and picked up a fourth Award in 2020 – tells …
$985.00
Check deal
Positive
Negatives

The fact that this was our Product of the Year for two years in a row – and picked up a fourth Award in 2020 – tells you all you need to know. This hugely talented AV receiver was best in class when we originally tested it and remains sensational value for money.

And as for the sound it makes… well, let’s just say you’ll have to spend an awful lot more cash to get better performance. The feature-packed Sony STR-DN1080 sounds fantastic, reaching deep into its reserves to deliver a performance packed with punch, dynamism and authority in a way we haven’t heard from home cinema amplifiers at this sort of price.

There’s an incredible amount of detail from natural, expressive voices to layers of insight and depth surrounding each sound effect. Dynamically speaking, it’s a fun and exciting listen, equally at home rendering tranquil, quiet moments as it is huge, wall-shuddering explosions – in a word, enthralling.

Sony has unfortunately discontinued the STR-DN1080 and it’s now almost impossible to buy a new one in the UK. It’s worth considering a second-hand unit, though, and there’s still decent availability in the US – for now.

Another entry-level AVR belter from Denon.

★★★★★
$799.00 $1,099.00
Buy this item
Music? Movies? Denon has you covered For many of us, our home theaters pull double duty as both music and movie systems. Denon's seven-channel, 8K-capable AVR-X2700H home receiver excels on both fronts. Let's take a closer look at what makes it so fun to use. Denon's AVR-X2700H helps deliver exciting home theater sound for movies and TV shows, video games, and music. What's new for 2020? Last year's lineup of Denon home theater receivers was quite popular with our customers. 2020 brings even more features to the table, including 8K video upscaling, Bluetooth transmission to headphones (think late-night movies or TV streaming), and enhanced Audio Return Channel (eARC), which lets you pass full-resolution surround sound signals from your TV to your receiver. Denon has also added several gaming-optimized video processing technologies for a smooth, lag-free video game experience (a feature set I'm particularly eager to try out). Set this flexible receiver up your way The AVR-X2700H has outputs for seven speakers. Use them all in a 5.1.2 Dolby Atmos? or DTS:X(tm) system, or go with a conventional 5.1-channel setup and repurpose the extra two channels for music in another zone. "Old school" features like composite and component video switching mean this receiver will play virtually any source you throw at it. Listen to your favorite tunes If you're like me, you'll use your new receiver to play music in addition to watching movies. The AVR-X2700H lets you stream tunes from your phone or tablet through Wi-Fi, Bluetooth, and even Apple? AirPlay? 2. Love spinning vinyl? This receiver has a built-in phono input for your turntable. And if you've carefully curated an awesome music library, you can play high-resolution tracks from a USB drive or networked computer. Expand your system with HEOS Built-in HEOS Built-in technology lets you access all of your music – from your personal library, internet radio, and popular streaming services like Pandora?, Spotify?, and
Specifications
Power output: 150W
Channels: 7.1
Video support: 8K HDR
Surround formats: Dolby Atmos, DTS:X, IMAX Enhanced
HDMI inputs: 7
Wi-fi: Yes
Bluetooth: Yes
Dimensions: 17 x 43 x 33cm (HxWxD)
Positive
Negatives

If we had to use one word to describe the sound of this receiver, it would be ‘confident’. The AVR-X2700H doesn’t try too hard to impress, as a nervously underpowered budget amp might.

It’s bigger, better and more cultured than that. It has even greater authority than last year’s model, and it never strains to exert it. The two subwoofers in our 7.2 set-up growl with control whenever called upon, never once detracting from the crystal clarity of the music in the soundtrack, the voices or surround effects.

It’s an easy and effective listen. No matter how hectic the action becomes, this Denon never misses a beat. It passes the laser blasts from speaker to speaker in a wonderfully coherent manner and, no matter the scene, creates a genuine sense of place.

A former Award winner that still packs a punch.
10

Sometimes the differences between generations of Denon home cinema can appear minor. But that wasn’t the case with the AVR-X3600H.

Most importantly, though, it tightened up the sound to a truly impressive degree. Its predecessor had muscle, but this amp is even more clearly defined and at full fighting fitness.

It isn’t so much the fact that this is an altogether more powerful amplifier than the Award-winning AVR-X3500H – already a mighty receiver in its own right – but its muscle feels leaner, and punches tend to sting more.

Truly, this is a heavyweight in every sense of the word. That’s why we named it our AV receiver Product of the Year for 2019. For pound-per-performance value, it’s only beaten by its successor above.

An AV receiver with bold sound to match its bold looks

Part of Yamaha’s premium Aventage range, the RX-A2A is the beneficiary of a glossy aesthetic revamp as well as an injection of next-generation connectivity that will future proof it for the coming years.

With seven full-range channels of power, each rated at 100W into eight ohms in stereo conditions, plus two subwoofer outputs, the RX-A2A can handle up to 7.1 speaker configurations or, if using the supported Dolby Atmos and DTS:X decoding, a 5.1.2 set-up.

For streaming, there’s Yamaha’s MusicCast app, which allows for high-res and lossless music formats including Apple Lossless (ALAC) up to 96kHz, WAV, FLAC or AIFF up to 192kHz as well as playback from services including Spotify and Tidal. There’s also AirPlay 2 and Bluetooth (SBC / AAC) on board and Google Assistant/Alexa compatibility for voice control, not to mention a DAB+ and FM/AM tuner.

These features, along with other next-gen HDMI updates and HDR10+, will only become available thanks to a series of firmware updates beginning this Autumn. A free hardware upgrade will also be available to make it fully compatible with 4K at 120Hz signals from an Xbox Series X or Nvidia RTX30-series graphics card.

But the lack of these features out of the box will probably only matter if you’re a hardcore gamer. For films, the RX-A2A handles 4K signals at up to 60 frames per second, which no source currently goes beyond, and supports HDR10 and Dolby Vision video formats.