Having your cake and eating it, is something that doesn’t happen much with loudspeakers. The idea that you can actually own a small cabinet whose sound quality is in inverse proportion to its size is traditionally regarded with derision, but this has seen a recent shift as some manufacturers have set out to challenge this thinking. 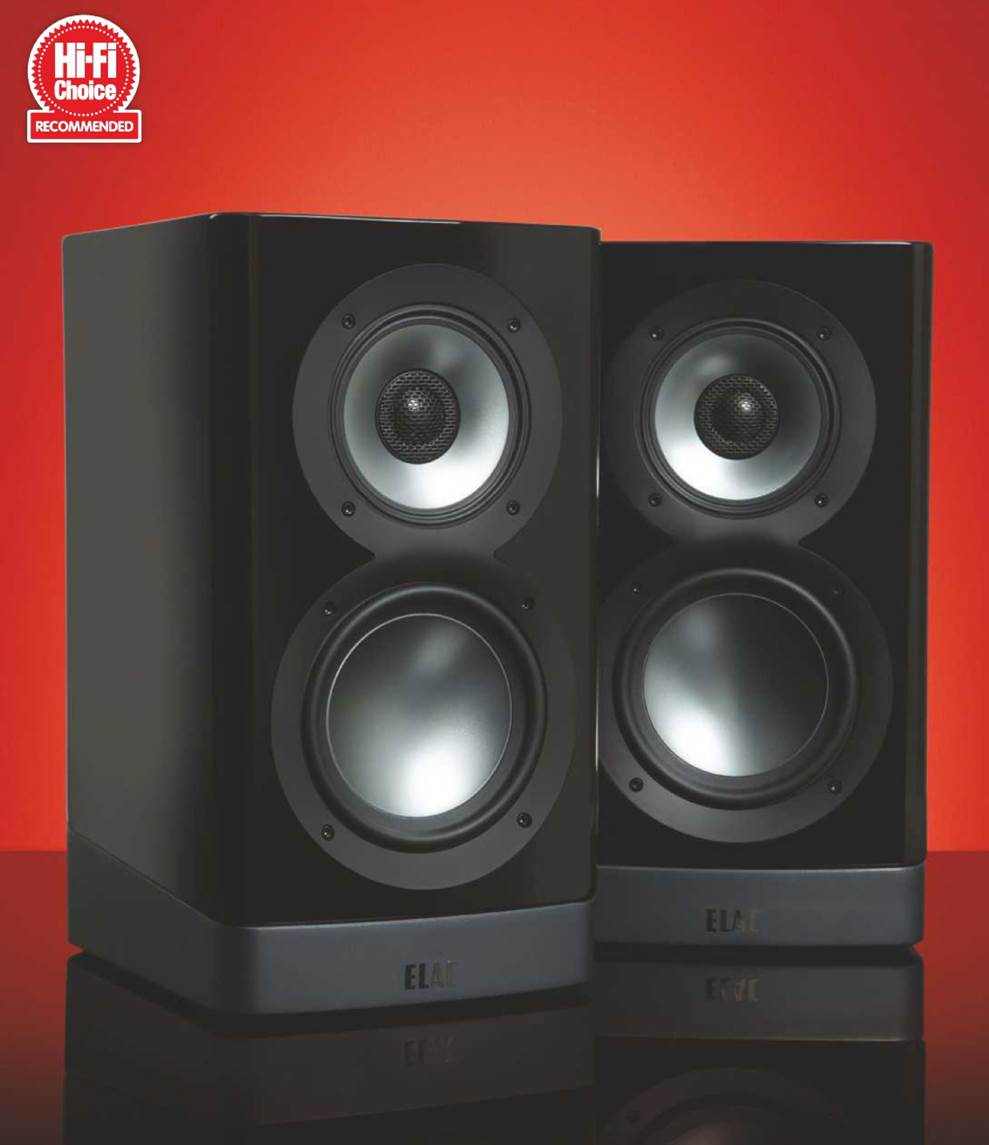 Way back in the seventies, a group of UK companies – including Linn, Naim, Meridian, Nytech, Arcam and ARC – came together to popularise the idea of active loudspeakers. These are, in so many ways, better than passive models because designers can carefully knit the two most ‘mission critical’ parts of the sound reproducing chain together. In other words, the

Not only is it nicely balanced tonally, it doesn’t fall apart when turned up loud

drive units can be matched to amplifiers directly by means of an electronic crossover, and the effect is greater than the sum of the parts.

With its Navis ARB-51, ELAC’s mission is to do precisely that – and more, too. The brief was to make a great-sounding small speaker that can, should the customer wish, also work wirelessly. There are wireless speakers and there are active speakers, but I can’t think of many that work the way this package does. The deeper you dig into its design, the more interesting it gets. Designer Andrew Jones – formerly of KEF and TAD – points out that this is a true, old-school active speaker rather than a powered wireless one. It has a purely analogue signal path from the preamp to the electronic active crossover, which then divides up bass, mid and treble duties and sends them

to amplifiers, which in turn directly power the drivers.

To be clear, there is no digital signal processing inside; this is pure analogue active. The user simply needs to add a preamplifier or digital source with a variable line output and send the signal via unbalanced RCA or balanced XLR cables to the speakers. But there is more – as there’s also a £ outboard Discovery Connect DS-C101W-G wireless and streaming module, which sends music to each speaker via ELAC’s proprietary AirX2 protocol in 16-bit/44.1kHz resolution, and also supports AirPlay 2, Spotify Connect, Roon and Bluetooth. So, you can use the ELAC either as a pure analogue active, or as a wireless speaker, complete with app control.

The ARB-51 has a thick aluminium base, inside which is housed 160W of Class AB BASH amplification to the bass driver and 100W of Class AB BASH to the midrange, plus 40W of Class AB to the tweeter. It’s important to be clear here; it does not use Class D power modules anywhere – for reasons of sound quality, notes Jones. It’s true that the latter would have been easier and/or cheaper, and the speaker’s chosen amp package certainly makes those bases warm, but to hell with expedience – ELAC is prepared to go this way for reasons of audiophile purity. On the back, there are switches to tweak the levels of each driver – flat, +1 or -1dB – and this is done in the analogue domain.

The drivers themselves are, of course, ELAC’s own, custom designed by Andrew Jones. It’s a true threeway design, with a concentrically mounted coaxial tweeter/midrange array underpinned by a separate bass driver. The high-frequency unit is a 25 mm soft-dome tweeter, the mid driver is a 100mm aluminium cone and the bass unit is a 130mm aluminium cone. All together, they give a claimed frequency response of 44Hz to 28kHz, and a power rating of 300W 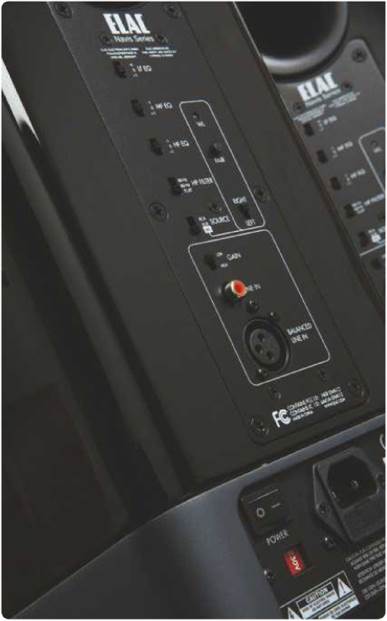 As you would expect, the cabinet is a bass-reflex design, and comes in a choice of high gloss black, white or ebony emara wood veneer finishes.

The aluminium base helps this 8.1kg speaker sit securely wherever you place it and overall it’s very well made for the price.

The ARB-51 is easy to connect to an analogue preamplifier, but in wireless mode initially proves to be a bit glitchy and takes a while to pair to the Discovery Connect module. The supplied setup instructions are not the best I’ve ever seen and the control app feels a little behind the times for this kind of product when compared with rivals, but these criticisms quickly fade away once everything is properly up and running.

This is one of the most interesting small speakers I have come across in a long time. The Navis ARB-51 is more than a chintzy ‘lifestyle’ product that looks good in a fancy apartment, it’s actually a great little hi-fi speaker that has shrunk in the wash. Indeed,

Whether feeding this little speaker digital or analogue, it really sings.

It’s innately musical and relishes rhythm-based music like Manix’s Living In The Past. This is high-paced, punchy techno with hyperactive sub-bass, and the ELAC dives into the mix head first. It shows unexpectedly good bass extension for its size, and is rather disconcerting in the way that it seems able to live and breathe totally independently of the very busy midband with its frenzied snare drum fills and keyboard-driven breaks.

The way it is able to communicate such a dizzying amount of detail and yet hold on to a thunderous bass line is quite a revelation – I suspect being both active and a true three-way is key to this. It certainly comes into its own with Randy Crawford’s You Might Need Somebody. This is a thumping late-seventies soul ballad with some fantastic session playing by some of the best in the business. Here the ELAC’s subtlety comes into play and it’s able to drill down right into the spaces between the notes and show the players’ superb syncopation. Crawford’s powerful vocals dance around the slick rhythm, bass guitar work and laid back Fender Rhodes playing, and the result is magic. Once again, I find myself forgetting that I’m listening to a pretty diminutive cabinet, and an inexpensive one considering the price includes power amplification.

Throw some heavily compressed indie guitar pop at it – in the shape of Ride’s early nineties Twisterella – and it remains undaunted. I can push it to surprisingly high levels in my mid-sized listening room before any fatigue sets in. Not only is it very nicely balanced tonally, it doesn’t fall apart when you hit the loud pedal. This track is awash with layer after layer of guitars, with closely miked vocals on top – and the speaker keeps on punching out the music in a dynamic, seat-of-the-pants way. It also retains its composure enough to carry the backing vocals in a satisfyingly clean and clear way, too.

The concentric tweeter/mid-driver gives a point-source and it feels like all the music arrives at the listener at the same time. This is great spatially; the stereo image is permanently in focus and there’s a sense that you can move around your listening room and

still get a good impression of the original recorded acoustic. Simon and Garfunkel’s America is carried in all its expansive, sixties stereo mixed glory – with acoustic guitar far stage left and drums far right. The ELAC really revels in being able to do its ‘out-of- the-box’ trick, sounding so much bigger than you’d expect considering the size of its cabinet.

Any complaints? Well, the treble doesn’t quite have the finesse of a more high-end speaker. The cymbals of Supergrass’ Sun Hits The Sky are crisp and clean, if a little lacking in delicacy and silkiness. Via the wireless module the sound is impressive too and the speaker’s engaging sound 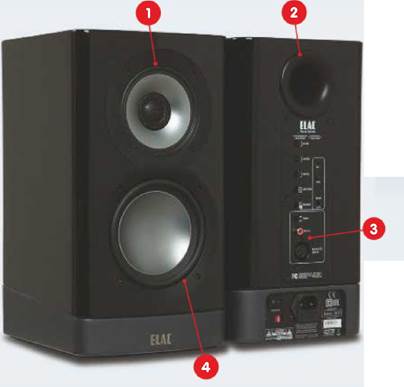 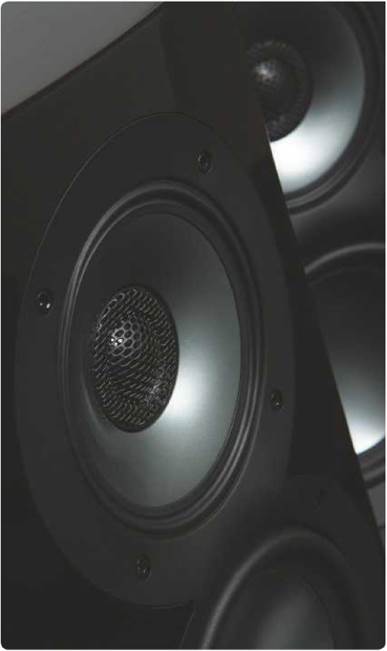 remains intact, although analogue operation is my preferred option.

There are lifestyle speakers with hi-fi pretensions, and hi-fi speakers with lifestyle aspirations – and the Navis ARB-51 is very much the latter. It’s a great little active box that punches way above its weight, and also has the option of fine-sounding wireless connectivity. If music comes first for you, but you absolutely must have a compact standmount for domestic reasons, this is a great new option.

It’s almost as if the ELAC Navis ARB-51 was designed to compete head-on with KEF’s LS50 Wireless active speaker system (HFC 433). The KEF is easier to use than the ELAC, yet it can’t match its three-way drive unit design. The Navis ARB-51 sounds less compressed and more open and transparent. While the KEF has a truly wonderful sound, it doesn’t offer quite the same level of clarity or dynamics.