The new Concept 300 loudspeakers from Q Acoustics come with their own stands for better sound. Jon Myles explains all. 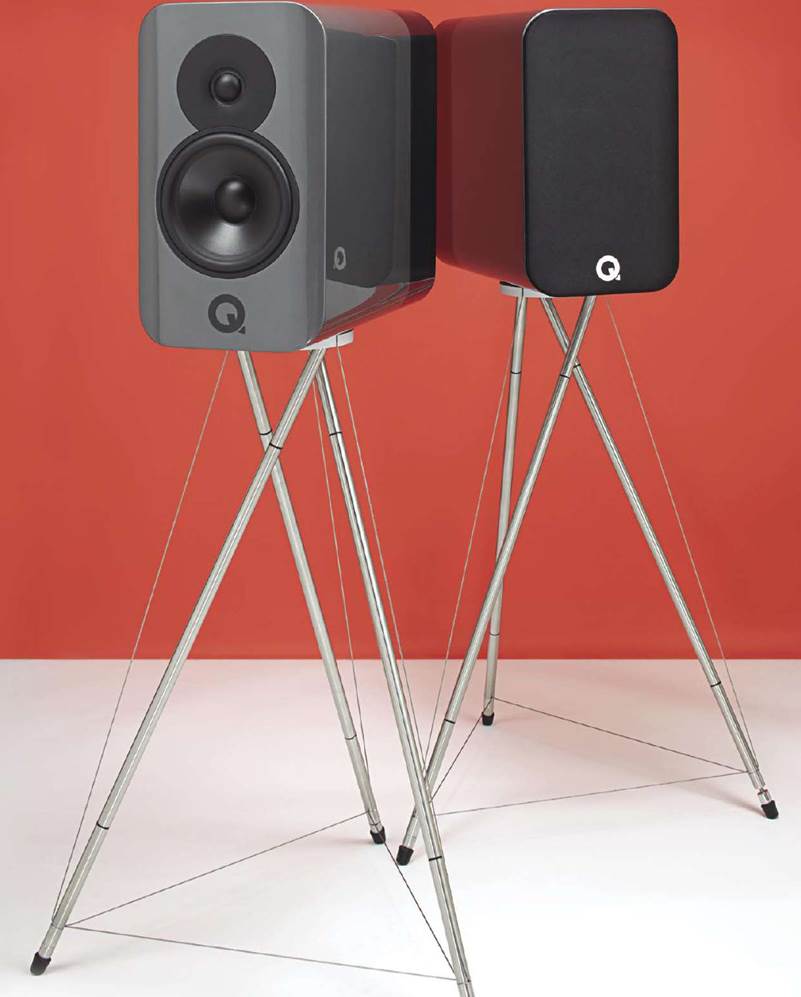 Standmount loudspeakers have some definitive advantages over floorstanders – size (obviously), price (usually) and the fact that their smaller cabinet size gives a sense of cleanliness and focus to musical replay.

The larger any cabinet is the more likely it is to have internal vibrations – which can be hard to damp unless strongly, sternly constructed. Lacking large resonant panels, stand mounts are more rigid.

The new Concept 300 from Q Acoustics, however, turns that idea on its head. They come with dedicated stands. The loudspeaker and stand are designed to work together – and in a specific way (more of which later).

First of all the loudspeaker. It’s a traditional two-way design with a 165mm impregnated coated paper cone and a large rubber surround. Above this sits the 28mm tweeter – made of super-fine strands of microfibre and decoupled from the cabinet by a rubber gasket. This enables both drivers to be placed close together – getting close to a point-source model.

At the rear is a reflex port to enhance bass, plus a dual pair of ‘speaker binding posts to allow bi-wiring. There’s also a jumper connection that allows users to slightly adjust frequency response by +/- 0.5dB to accommodate room conditions. It’s a subtle difference but is handy when trying out various positions in different rooms.

Inside, Q Acoustics use point-to- point bracing which adds support to the parts of the cabinet that need to be stiffened to make them quieter. There’s also a soft, non-setting decoupling material called Gelcore that sits between the cabinet’s

three layers of MDF. Any vibration transmitted through these layers is then dissipated into heat within the gel. Put together this is intended to ensure there is no cabinet vibration so the listener merely gets to hear the sound of the drivers – which should be the goal of any loudspeaker manufacturer.

The result is an exceptionally rigid and self-supporting structure with a remarkably low surface area.

To support the loudspeakers there is a simple structure which also includes a separate isolation platform. If that all sounds complicated it isn’t as difficult as it might seem – and the loudspeakers have a beautiful look to them as our pictures show.

Once set-up on their stands and placed firing straight down the room the Concept 300s sounded rather larger than their 220mm x 355mm x 400mm (W/H/D) size would lead you to believe. 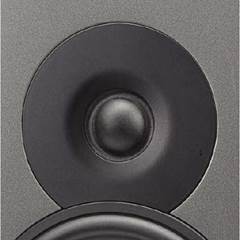 The tweeter is placed close to the bass/ mid driver to give an almost point source response. 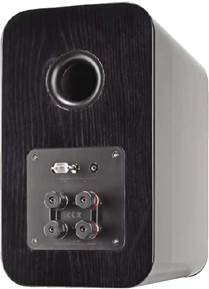 CD and high-resolution material the Concept 300s had an extremely balanced and impressive sound.

Bass on Led Zeppelin’s ‘When The Levee Breaks’ was deep and powerful – but also extremely well- controlled. With the loudspeakers moved away from the rear walls for best overall response they came on song.

Playing Kraftwerk’s live opus ‘Minimum-Maximum’ the electronic low-end notes leapt from the ‘speakers with real punch. But they did not dominate, providing just the right foundation for the intricate melody above.

There was also seamless integration between the mid/bass unit and tweeter – helped by the fact they are placed so close together.

Playing Steve Earle’s version of ‘Way Down In The Hole’ his gruff vocals resonated with a tonality that made the song come alive. Every inch of his raw delivery was evident. Even better was the separation between the guitar, bass and drums.

Here I could make out the pattern of every instrument – easily being able to identify each one’s progress in fluid, organic fashion.

Pushing the volume up also showed the Concept 300s are able to go loud with ease. Our Creek Evolution I00A amplifier has plenty of grunt to it but the Q Acoustics handled it with ease, the cabinets never exhibiting any sign of strain at high volume.

It’s important to understand just how integral the supplied stands are to the overall sound. On a standard pair of ‘speaker stands the sound scale became more restrained with less projection and an obvious narrowing of the stereo sound stage.

Not that the 300s sounded bad this way – but back on their own stands they sounded much better when playing Pink Floyd’s ‘Dark Side Of The Moon’ where the opening cash register tones of ‘Money’ ricocheted around the listening room.

If there’s any criticism to be made it’s that the Concept 300s do not have a characterful sound through enhanced treble or deep rumbling bass. Instead they are neutral and less likely to stand out compared to some rivals.

However their intrinsic naturalness means they will give longer-term satisfaction compared to other, more strident designs.

Q Acoustics have engineered a special set of standmounts with the 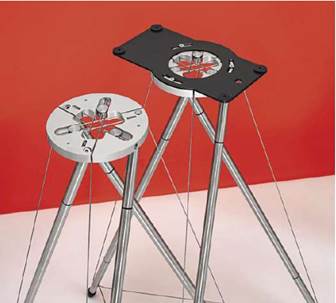 The integral stands are made rigid by use of stainless steel tensioning cables. They are sturdy and help the Concept 300s come alive in their sound staging.

Concept 300s. The combination of stands and loudspeakers works extremely well. They have punch and power but also sound sophisticated.

Yes, they are unusual looking but sound quality makes up for that in spades.

Q Acoustics Concept 300 measured flat across the audio band our analysis shows, with no dip at crossover between bass/midrange driver and tweeter at 1.5kHz. The treble unit integrated well both vertically and laterally, giving a consistent result at a wide range of listening positions – helped by close positioning of tweeter to

woofer. Treble rises slightly, to make highs obvious but not excessive, whilst lack of a crossover dip will ensure good delivery of detail. The Concept 300 is tailored for accuracy.

A small amount of lift, +2dB or so below 800Hz, will give the sound some body; bass extends down to 40Hz (-3dB) before falling away. The port (red trace) is tuned to 45Hz and provides supportive output down to 30Hz, so the Concept 300 goes low and will have a good sense of bottom-end power.

The impedance trace is fairly conventional for a two-way, although the high residual peaks either side of port resonance show the load is reactive – not ideal. Impedance measured 7.5 Ohms overall, using pink noise, quite a high value. As a result sensitivity was fair at 86dB sound pressure level – reasonably loud – from 1 Watt (2.8V) of input. Amplifiers of 60 Watts or more are needed to go loud.

The Concept 300 has been engineered to be accurate, yet with a full bodied sound and clear highs. Smoothness of response suggests low colouration. It needs some power though, like most loudspeakers of its size.

A pair of elegant loudspeakers with dedicated stands that sound rich, punchy and musical.