These characterful standmounters from this niche US manufacturer have quite an attitude – wherever they’re placed. But they can get bolshie if they’re overworked. Read our MartinLogan Motion 15i Review.

We don’t see products from MartinLogan very often. In fact, that’s exactly what we said five years ago when we reviewed the original version of the Motion 15s.

The company is best known for its electrostatic speakers; while the Motion 15is don’t have the benefit of electrostatic drivers, they do use an Air Motion Transfer (AMT) tweeter to give at least a hint of the performance of such.

The 15is are the babies of the Motion family, and one of only two sets of standmounters among a choice of two centres and three floorstanding loudspeakers. Convenience and cost are obviously an appeal, but does their audio performance build upon that?

These are small speakers but, while we’re concerned that they will struggle 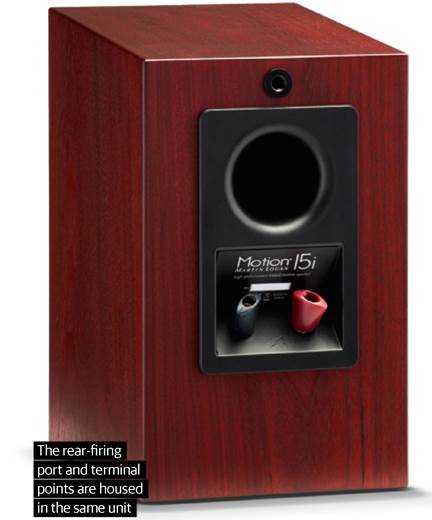 to deliver much in the way of weight and scale, their rear-ported design should help to lend them some oomph.

Standing at 29cm tall, the 15is look good in the Gloss Black finish of our sample pair (they’re also available in Red Walnut or Matte White). They’re slightly wedge-shaped with the top surface angled higher towards the front. We’d be surprised if anyone took offence at their aesthetic.

We take off the magnetic, fabric grille and leave the covers with the packing for the duration of our test. The 31mm thick, reinforced front baffle of these 18mm MDF cabinets accommodates a single 13cm aluminium mid/bass cone and that 26 x 36mm AMT tweeter.

An AMT tweeter has a pleated diaphragm that works like an accordion to create sound. Such units are claimed to be lower mass than a traditional dome design, so the promise is of more detail. MartinLogan has chosen aluminium for the mid/bass cone for its strength, rigidity, and low weight. It also serves as an effective heat sink for the voice coils.

Finally, there’s been no scrimping on the crossover network, which has been carefully constructed with high-quality electrolytic capacitors. In fact, MartinLogan is so pleased with the crossover network that the company named it the Vojtko crossover after its chief audio technician, Joe Vojtko.

Unlike others in the Motion range, the 15is are single-wire-terminal speakers.

We plug them into our reference system, comprising Naim ND 555/555 PS DR music streamer and Burmester 088/911 MkIII preamp and begin listening by streaming locally stored WAVs and FLACs from our collection.

These speakers work best on solid stands and we find that placing them at around 50cm from the wall gives the right kind of balance in our testing room.

The 15is aren’t too fussy, and even placing them on a bookshelf doesn’t spoil their performance too much.

A long way off-axis and at the wrong height, they can sound confused, but there’s no need to be right in the sweet spot to enjoy them. We’d recommend using them with a toe-in, just as the manufacturer suggests.

Starting with In The Hall Of The Mountain King from Peer Gynt Suite by Grieg, these little speakers create an immediate sense of space. There’s a real impression of a grand, hushed opera house and the instruments in the orchestra pit arranged into their rows.

The woodwind begins in the centre, backed by the brass around them and it’s lovely to hear the pizzicato violins and violas join in from the left. Gradually the other sections add one by one to the growing soundstage, just as they should.

The 15is are not the last word in absolute dynamics, but for their size, they deliver enough in the way of scale to make the piece work. They express the starting sense of trepidation, the growing danger as more instruments come in and then the absolute violence as the music crescendos.

We move on to something more modern with Video Games by Lana Del Rey. This is a heartbreaking window onto a broken relationship and these speakers do a fine job of translating every part of that sorrow. They even handle the throbs of bass with unexpected maturity.

There’s some excellent detail, with the cascading harp strings and the 8-bit electronic video-game noises coming across clearly, but there’s so much going on at the low level too. We’re convinced we can hear the material on the piano hammers as they strike the strings.

Upping the pace a little, we play Till The End Of The Day by The Kinks and, although quite listenable, it outlines just where these speakers struggle most. 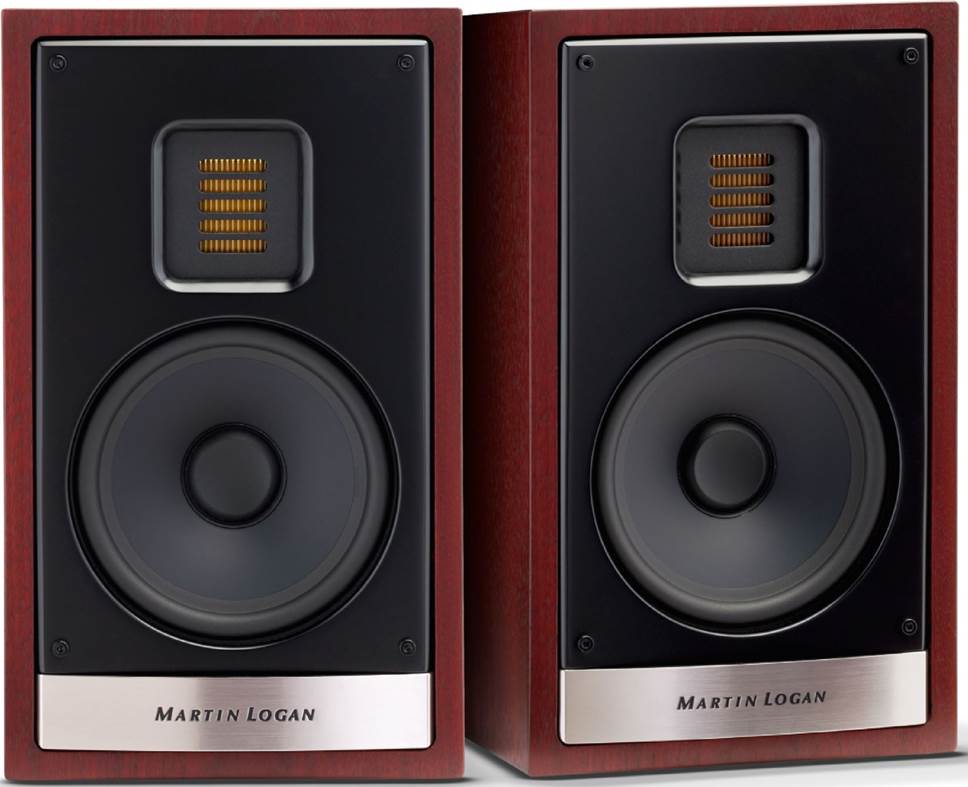 “We’d be happy to take them home, lock the door and put on something loud that our parents wouldn’t like”

They certainly get the flavour of the track with the opening strums but, as the song gets more complicated, the impact of the rhythm drops away.

The instruments become less defined, the bassline goes soft and it feels as though these speakers are struggling to cope with producing all the sounds at the same time with any real authority. At its height, the track tends mostly to the brighter sounds of the tambourine and vocals, and what should be the peak of the song becomes the part that’s hardest to listen to.

To some degree, we’re willing to put up with these speakers’ shortcomings, because the MartinLogan Motion 15is have such a great sense of character. They don’t have the dynamics and skill for a truly transparent experience, but there is nevertheless an earthy, emotional truth that appeals to our inner teenager.

While they are ballsy for speakers so small, the MartinLogan Motion 15is don’t have the out and out transparency or composure for precision listening. But for all their faults, that raw sense of emotion still appeals. We’d be happy to take them home, lock the door and put on something loud that our parents wouldn’t like.