As David Price pens a paean of praise for his new favourite high-end turntable, Technics’ SL-1000R, he wonders why you’d want to spend more on a vinyl spinner

As someone that has attended Munich’s High End show (11 -13 May) every year for the last 15 years, it’s fascinating to watch fashions come and go. I’ve seen the weird and wonderful wares on display reflea the switch from CD to streaming alongside the sharp rise and then gradual decline of valve amplifiers. Nearly a decade ago, the show also had a surfeit of massive horn loudspeakers, which seems to have fallen off recently – and now the headphone craze is everywhere. Throughout, however, one trend has been most evident – high-end turntables. 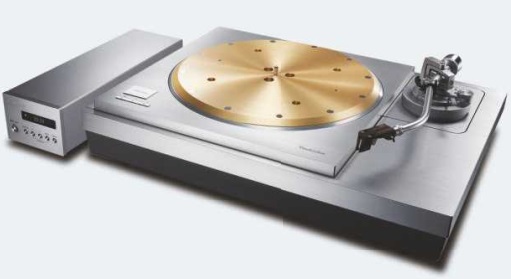 I’m rather conflicted by this. On one level, I’m delighted.

I think back to the early nineties when everyone was throwing their record collections into the nearest skip. The me of 25 years ago would have been over the moon to find out what’s now happening with my beloved format. Yet at the same time, it strikes me that many brands are milking the so-called vinyl revival for all it is worth to seduce naive fans into parting with their cash.

I suppose if you’ve got £ to spend on a symphony of acrylic, rare wood and/or anodised aluminium – or indeed glass, copper, brass, carbon fibre or whatever else happens to be fashionable at any given time – then perhaps you don’t need my sympathy. But I can’t help but think it’s possible to play vinyl to an extremely high standard by spending under £ on the likes of a Michell Orbe with suitable tonearm and cartridge. Indeed, if you’re really going to pull all the stops out, then the new Technics SL-1000R is pretty much the last word on the subject. I had the pleasure of reviewing it for HFC’s sister publication, Hi-Fi News & Record Review in the June issue – and have come to the conclusion it makes it impossible for anything else more expensive to justify its existence.

The SL-1000R is the turntable package version of the new SP-10R, which is itself Technics’ reinvention of the classic SP-10/III motor unit. Spending £ on it, complete with your own choice of cartridge – the Lyra Etna SL would be mine – buys you what is surely the best turntable in the world. Given that a turntable’s job is to go round at the correa speed as noiselessly as possible, there is literally no other deck on the planet that betters it. Hearing the Technics’ lack of speed instability and quietness is staggering – it’s like cleaning a dirty lens or switching on the light compared with your average high-end deck. It makes every belt-drive turntable I have

ever heard, sound like a vague, woolly, tremulous thing that’s riddled with noise.

In a sense, we shouldn’t be surprised that a £ deck is better than a £ one – but the real shock is how it beats £ designs. I can’t see how anyone can justify spending so much on a turntable now, if all you want is performance. From an engineering standpoint, it is really hard to see how the new Technics SL-1000R/SP-10R can be improved upon. Its motor is surely the best ever fitted to a vinyl spinner, as the measurements attest – it has wow and flutter pretty much below measurable limits, and supremely low rumble. Every record I audition on it seems to dissolve, letting the music flood forth regardless of pressing quality or indeed how well the performance was recorded or mastered.

What is really interesting is that – despite its amazing measured performance – it doesn’t sound sterile or ‘technical’. It is anything but. How then can all these ultra-high-end decks – with their fancy pendulums, mass stabilisers, vast plinths and bases, triple belt-drive systems, etc. – justify their position, other than as expensive and very pretty living room ornaments?

As someone that owns several high-end Japanese direct drives, and indeed several high-end British ones, all I can say is that the Technics SL-1000R is a game-changer. It rather reminds me of when Honda introduced the NSX supercar in the early nineties. It was Japanese and lacked the romance of Ferrari and Lamborghini, but was better engineered, far more reliable and usable, and trounced them on performance for half the price. The new Technics SL-1000R is so good that I’m beginning to wonder if at the next Munich Show, I’ll discover that many ‘boutique’ turntable makers will have thrown in the towel

Bow down before the new king of high-end vinyl spinners 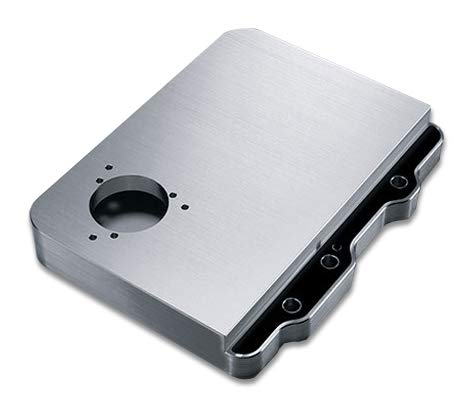 out of stock
Check Deal
Amazon.co.uk