Q Acoustics has a brand new sub for its 3000i Series. Ed Selley shakes it down as part of a potent package. Read our Q ACOUSTIC S3010i 5.1 PLUS Review. 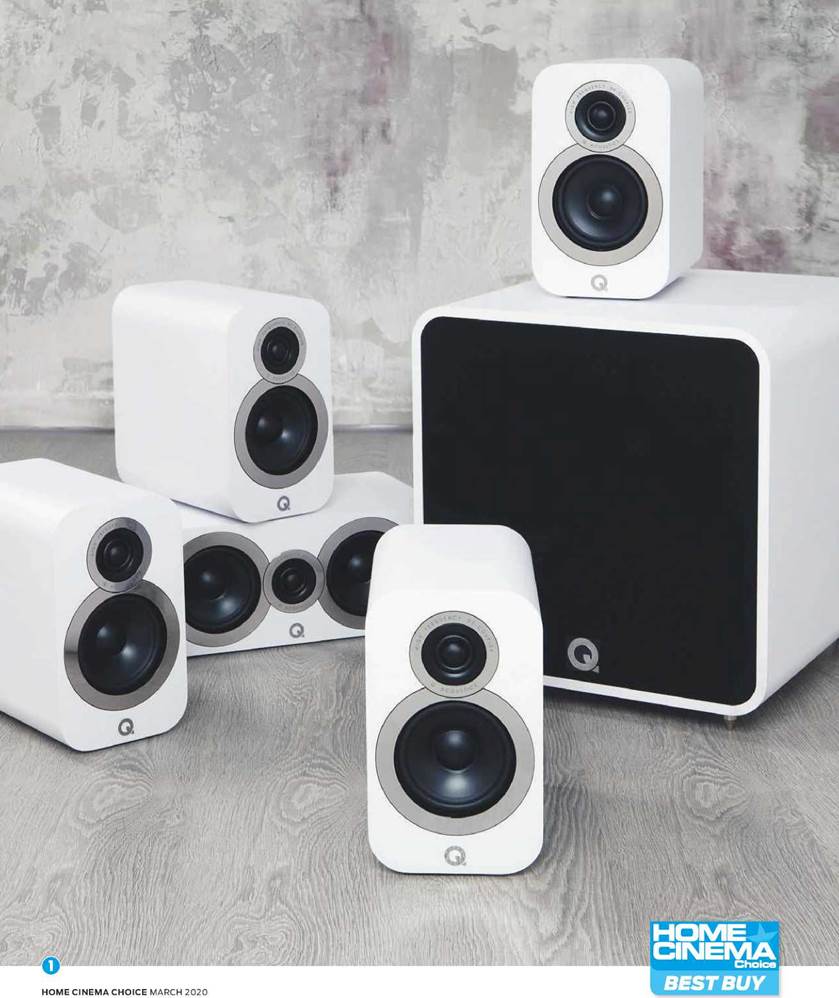 Building on a new foundation

Q Acoustics is getting impressive mileage out of its 3000 series.

First launched in 2015, it was then updated in 2018 with an ‘i’ suffix that didn’t significantly change the basic design but brought in performance improvements. Now it’s leaving the passive models untouched and looking down…

For the 3000 Series debut, Q Acoustics concocted the 3060S subwoofer, and this was retained when the 3000i Series was announced. Now, the company has unleashed an all-new subwoofer, and put together new home cinema packages too.

The QB12 has nothing in common with the preceding slim-line model, nor any of the brand’s other slender subs. That’s because it’s the first Q Acoustics woofer to use a 12in driver, which is mounted firing forwards in a sealed cabinet that is not significantly larger in any dimension than the driver itself. It’s by no means a big beast, but is considerably more purposeful-looking than its forebear.

There is no onboard EQ, listening presets, or other smart skills here, but with the standalone £ price tag, this is hardly the end of the world.

The QB12 hasn’t been designed specifically for use with the 3000i Series; it’s a suggested partner for Q Acoustics’ more expensive Concept models as well. And the brand is keen to stress that despite the larger driver, emphasis has been put on the required speed and agility needed to work with any of its music-minded speakers.

This doesn’t prevent it from claiming an impressive 28Hz lower-frequency reach, improving on the 35Hz rating of the 3060S. Power has also been pushed, with a 220W Class D amp preferred to the previous 150W iteration.

Connectivity is straightforward with a pair of phono inputs (one for LFE) and rotary dials for crossover and volume. In terms of design, the QB12 is fairly handsome, with its rounded corners, full-fascia grille and Q branding. But the  premium for the black or white gloss finish (to better blend with the Concept Series) feels a little steep.

Tested here is Q Acoustics’ 3010i 5.1 Plus package, the ‘Plus’ denoting it rocks the new QB12 woofer (the standard 3010i 5.1 system, reviewed in HCC #296 and our 2019 Standmount Speaker System of the Year, remains on sale). Joining the woofer are four two-way 3010i speakers and the two-and-a-half-way 3090Ci centre. The total cost of the passive speakers is barely more than the subwoofer.

The omens for a decent listen are good though. All of the speakers use the same 4in doped paper cone midbass and 1in soft dome tweeter. These basic ingredients may not sound terribly exciting, but these materials underpin everything that Q Acoustics does and has achieved excellent results from – up to and including the hefty Concept 500.

The enclosures of the 3000i Series also incorporate some thinking that has been adapted from the more expensive speakers. The Concepts’ ornate multi-layer cabinet system is simply too expensive to be used at this price, but these are impressively inert for affordable speakers courtesy of Q Acoustics’ P2P bracing architecture, and the boost in size in these ‘i’ models ensures that even these small speakers have a frequency reach that extends down to the point of omnidirectional bass, helping integration. Their visual appeal is brightened up by their chrome trim rings, and, like everything that Q Acoustics does, the level of fit and finish is more than decent for the asking price.

For this audition, I laced the system to an affordable Sony STR-DN1080 AV receiver, easily powerful enough to ensure that the sensitive 3010is can be driven to any level you fancy.

Not for the first time on listening to a Q Acoustics speaker package, the first impression is that this is a system that gets an awful lot done at a very sensible asking price.

Take the lovingly mastered and edited car sequence in Atomic Blonde (4K Blu-ray) when Lorraine (Charlize Theron) arrives in Berlin. Here it is reproduced with efortless realism. The respective engine notes of the Audi V8 (a tragically rare car to stuff into a barrier, just saying) and Porsche Flat-Six snarl distinctly, and dialogue is clear and easy to follow even with the frenetic Peter Schilling soundtrack hammering away in the background. The spread of effects is remarkably convincing too; there really are few substitutes for having the same driver complement in every corner, because there is a seamlessness that’s hard to replicate any other way.

This comes into its own with the perfectly synced opening sequence of Baby Driver (4K Blu-ray). It isn’t every film that needs a surround package to have a grasp of timing, but this does and the Q Acoustics system doesn’t let the side down. Every neatly timed bit of automotive thuggery is deftly handled and cleanly delivered, and, once again, the centre anchors dialogue to the screen with ease.

There is a level of cohesion and control here that is admirable for fairly affordable speakers. Some rivals might

sound more dynamic on first listen but you can do three films on the bounce with this array and not feel fatigued at the end, which is a benefit.

And the QB12 sub? Initial impressions are that its performance might not exactly match the burly appearance. It would be wrong (and possibly a bit weird) to describe its bass handling as ‘delicate’, but there’s a subtlety to how this woofer goes about its business that is unusual for a model at this price point.

In the scene in Baby Driver where Baby and Doc head down to the carpark, there’s a little swell of LFE energy as the lift gets to the bottom. It’s not a thud or an impact, just a little resonant noise. The QB12 adds it neatly to the mix; it’s not forced or overblown, it’s simply there as an integral part of what is happening.

This does mean that you can spend the same money and get a woofer that packs a little more subjective punch. The way the QB12 seems to have been engineered is to be efortless rather than gut-wrenching, and this has a very 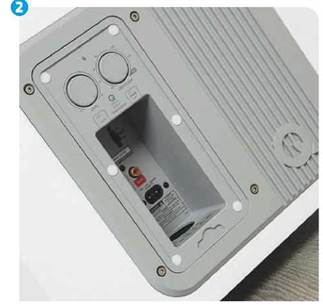 definite effect on the way it presents material. A solid bass slugfest like Bumblebee on 4K Blu-ray is impressively weighty, but there isn’t the savagery that offerings from subwoofer specialists can produce. Yet listen a little longer and the virtues of this setup make themselves more apparent. At pretty much any level you choose, it delivers a presentation that feels unforced, seamless and able to handle dynamic soundtrack moments without audible strain.

And, just to stress, the QB12 does sound altogether bigger and more dramatic than the older and smaller models could ever hope.

Overall, this is a welcome update on Q Acoustics’ compact contender. As before, some listeners might want a slightly more ferocious presentation than is on offer here from the whole package, but these speakers – across a wide selection of material – showcase poise, precision, nuance and seamless integration. They’ll deliver long-term listening satisfaction.

Meanwhile, the QB12 is the subwoofer the 3000i Series has been waiting for, and one that delivers a thoroughly grown-up performance that extracts more enjoyment out of both delicate dramas and aggressive action.

Perhaps Q Acoustics should follow it up with some 3000i Series Dolby Atmos models. That would surely be the icing on the cake…

Q Acoustics pimps its compact sub/sat system with a new, bigger woofer but doesn't upset the exceptional balance and refinement across the frequency range. Grab an audition.

Q ACOUSTICS 3010i: Stepping up to a 7.1 system is a simple matter of adding another pair of 3010is for (in gloss black/white) or (graphite/walnut).

2. Connections and controls are housed behind a removable plate