When Yamaha announced its 5000 Series of two-channel audio, one choice was fasci­nating — it would be all-analogue. There is no digital source for the system, although of course Yamaha has other products in its ranges which could do the job. 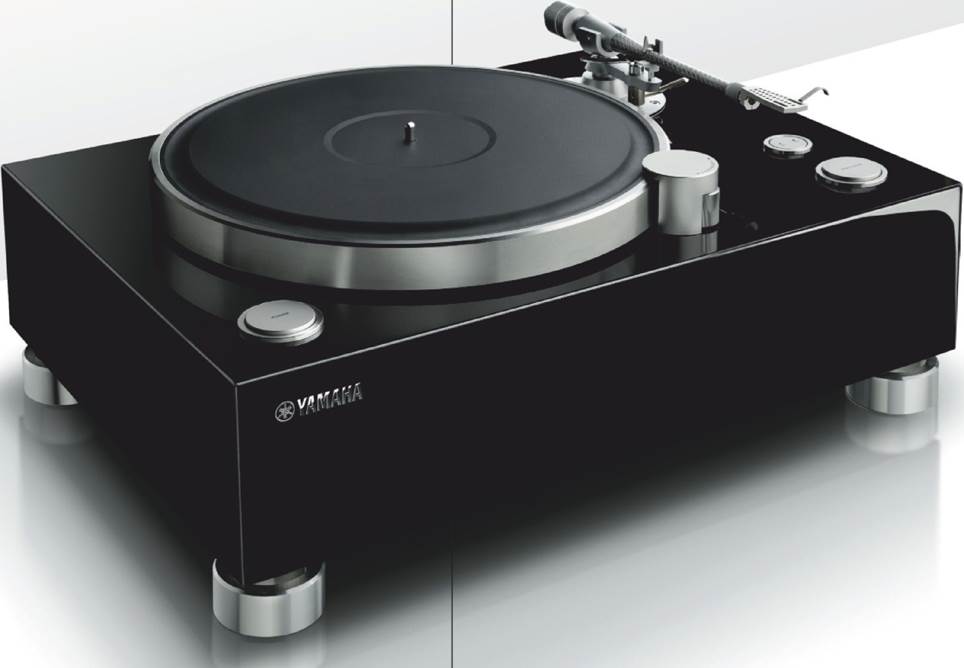 But in pride of place at the front of the 5000 Series is the GT-5000 turntable, the final component to be released in this combination of turntable, separate pre-amplifier and power amplifiers, plus the iconic NS-5000 loudspeakers. Together they manage to deliver something which is both fresh and modern, but which clearly lever­ages both Yamaha’s past classics and its engineering technologies developed over the company’s century and a quarter. 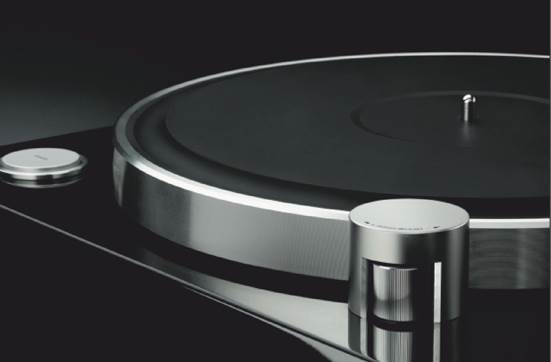 Not only is the system fully analogue, it is also balanced from begin­ning to end, from cartridge to speaker. Not only do both the C-5000 pre-amplifier and M-5000 power amplifier feature fully-balanced signal paths using Yamaha’s patented floating balance amplifier method, so does the phono circuit, which receives a balanced output from the cartridge. The symmetrical folding-book design adopted throughout the amplifiers, with each channel precisely mirrored, was another reason not to include a digital section to the preamp, since the symmetry could not then have been achieved. 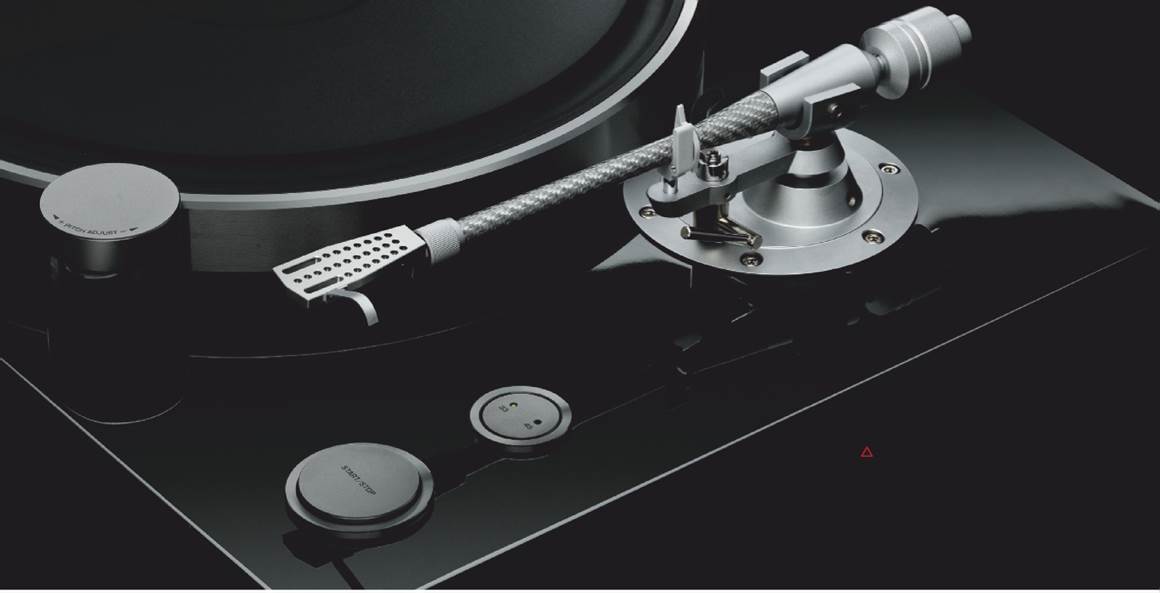 Besides, as Yamaha’s Kiyohiko Goto tells us in our interview [on page 20] , the GT-5000 turntable had the ‘Emotion, ‘Openness’ and ‘Groove’ they were seeking when developing Yamaha’s new concept of ‘True Sound’ musicality.

The GT-5000 turntable takes inspiration from Yamaha’s GT Series of yesteryear, where GT stood for ‘Gigantic & Tremendous’! And it still does, with the huge plinth rising up in Yamaha’s piano-gloss black and topped with a 5kg aluminium platter and 14cm brass inner platter, contributing to the overall weight of 26.5kg.

There are clear references to the 1982 GT-2000 from which the new model takes its inspiration. The GT-2000 had a strong following, with an enthusiasts’ club active in Japan as late as the mid-2000s.

One of the major departures for the new design, however, is the adoption of belt drive rather than direct drive, with a newly-developed custom belt drive system driven by a 24-pole, 2-phase a.c. synchronous motor that generates an accurate sine wave.

Another even more immediately visible change is the arm, now the ‘Short Straight’ 220mm (8.7-inch) tone arm, where the GT-2000 came as standard with the S-shaped YA-39 arm. Yamaha says the new arm delivers superior rigidity as well as a balance of weight and mechanics which results in improved traceability, and without the need for an anti-skating weight, as usually employed to counter the inside forces at play in the record groove. We asked Yamaha’s Kiyohiko Goto about this, and in addition to his main answer (again, see interview overleaf) he supplied the figures to back it up.

The launch of the GT-5000 turntable completes the 5000 Series, which began with the release of the NS-5000 loudspeakers at the Tokyo International Audio Show in 2016. The system re-establishes Yamaha’s position at the higher end of two-channel hi-fi, not to mention marking the company’s return to vinyl reproduction for which, as Kiyohiko Goto tells us in our interview, many voices at Yamaha were calling, and which required retired engineers to be invited to return to the company in order to pass their skills to the new generation of designers and equipment.

Kiyohiko Goto is Chief Engineer of the Hi-Fi Department AV Division at Yamaha. We asked him about the development and concepts behind the GT-5000 turntable. 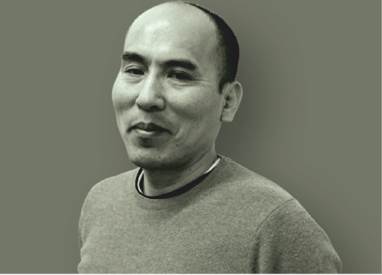 AUDIO ESOTERICA: When Yamaha returned to turntable design in recent years, were there still turntable designers in the company, or was it necessary to learn new (old!) skills?

KIYOHIKO GOTO: There were many vinyl fans among the staff at Yamaha, and there were many voices saying that Yamaha should create a turntable well before the GT-5000 project started. The person in charge of plan­ning this product enjoys vinyl every weekend!

But it’s true that when we embarked upon the GT-5000 project, all the turntable designers had left the company. So we invited the designers who had been in charge of designing the GT-2000 back to help and we developed the GT-5000 together while learning new skills.

Yamaha’s hi-fi products use the concept of ‘Musicality’ as a development concept. Not only melody, harmony, and rhythm are important, but also Openness, Emotion, and Groove.

AE: Some turntable designers go ‘gigantic and tremendous’, others ‘rigid and light’. For what reasons has Yamaha chosen the heavy mass approach?

KG: Inertia weight is important in order for the platter to rotate stably without relying on feedback technology and without being affected by the resistance of the needle tip, which constantly changes with the engraved music signal. Very stable rotation is realised by the inertial weight of 0.92t/cm2 from the com­bined inner and outer platter weight of 7.2kg. The 14.3kg wooden cabinet that supports this platter weight firmly also has excellent damping characteristics to eliminate vibration as much as possible.

KG: A belt drive has been adopted to mini­mise the effects of uneven rotation due to motor cogging. Feedback used for direct- drive control cannot fundamentally eliminate the response time regarding rotation uneven­ness caused by cogging, and this affects the sound. To avoid this, a motor drive that does not require feedback technology has been adopted.

The belt absorbs uneven rotation due to motor cogging, etc., and eliminates feedback control by rotating the weight platter stably, realising a musical sound. Even back when the GT-2000 was developed, the ‘Gigantic & Tremendous’ concept was adopted to minimise this feedback control.

AE: The arm used on the GT-5000 has similarities to the short and straight YSA-2 arm that was an option on the premium GT-2000x. And there’s no anti-skating mechanism. With a short rigid arm, some might think the rigidity is likely to create friction as it resists rather than cancels the inside groove forces. How did Yamaha solve this balancing act?

The inside force is generated at the point of contact between the needle point and the groove of vinyl, and always changes with the change of the groove of the music signal. On the other hand, in anti-skating, a constant force is always applied to the tonearm and cartridge, and since the inside force constantly changes according to the music signal, it cannot be cancelled, and the difference in the force appears on the

cantilever, so that stable tracking cannot be achieved. In the case of the Short Straight Arm, inside forces occur on the outer periphery and outside forces occur on the inner periphery, so the Short Straight Arm, which perfectly balances in the centre of the music track area where the music is engraved, cannot use anti-skating. Because there is no difference in the applied force, it is excellent in following the groove of the music signal. Also the structure can be completely symmetrical about the line connecting the stylus and pivot, so that the weight balance is good. And because the structure is simple, both lightness and rigidity can be achieved.

AE: Is there a particular synergy between the GT-5000 and the C-5000’s phono stage, or will the turntable ‘sing’ through any well-designed phono stage?

KG: The greatest synergy between the GT-5000 and C-5000 phono stages is that they provide a phono balanced connection. Although cartridge output voltages are bal­anced, in a normal turntable a single-ended connection uses a common ground for the cold side of the left and right channel outputs, and most amplifiers also have only a single-ended phono input.

We applied the floating balance amplifier method—Yamaha’s patented technology— to the phono circuit to achieve a perfectly balanced phono stage. In this way it is possible to transmit the full amount of music information available.

AE: Yamaha’s concept of ‘True Sound’ seems to be related to how the energy of a performance is delivered to the listener.

Can you explain how this translates to equip­ment design in the 5000 Series?

KG: In realising True Sound to ‘bring you closer to the artist’, Yamaha’s hi-fi products use the concept of ‘Musicality’ as a develop­ment concept. Not only melody, harmony, and rhythm are important, but also Openness, Emotion, and Groove have been adopted as important elements of music expression.

The Gigantic & Tremendous concept of GT-5000 realises Emotion and Groove, and the straight arm and balanced transmission realise Emotion and Openness. The low impedance technology of the C/M-5000 realises Openness and Emotion, and the Mechanical Ground Concept realises Groove.

In this way, the concept of ‘True Sound’ is the basis for determining the direction of our technological development.

£289.00
Added to wishlistRemoved from wishlist 0