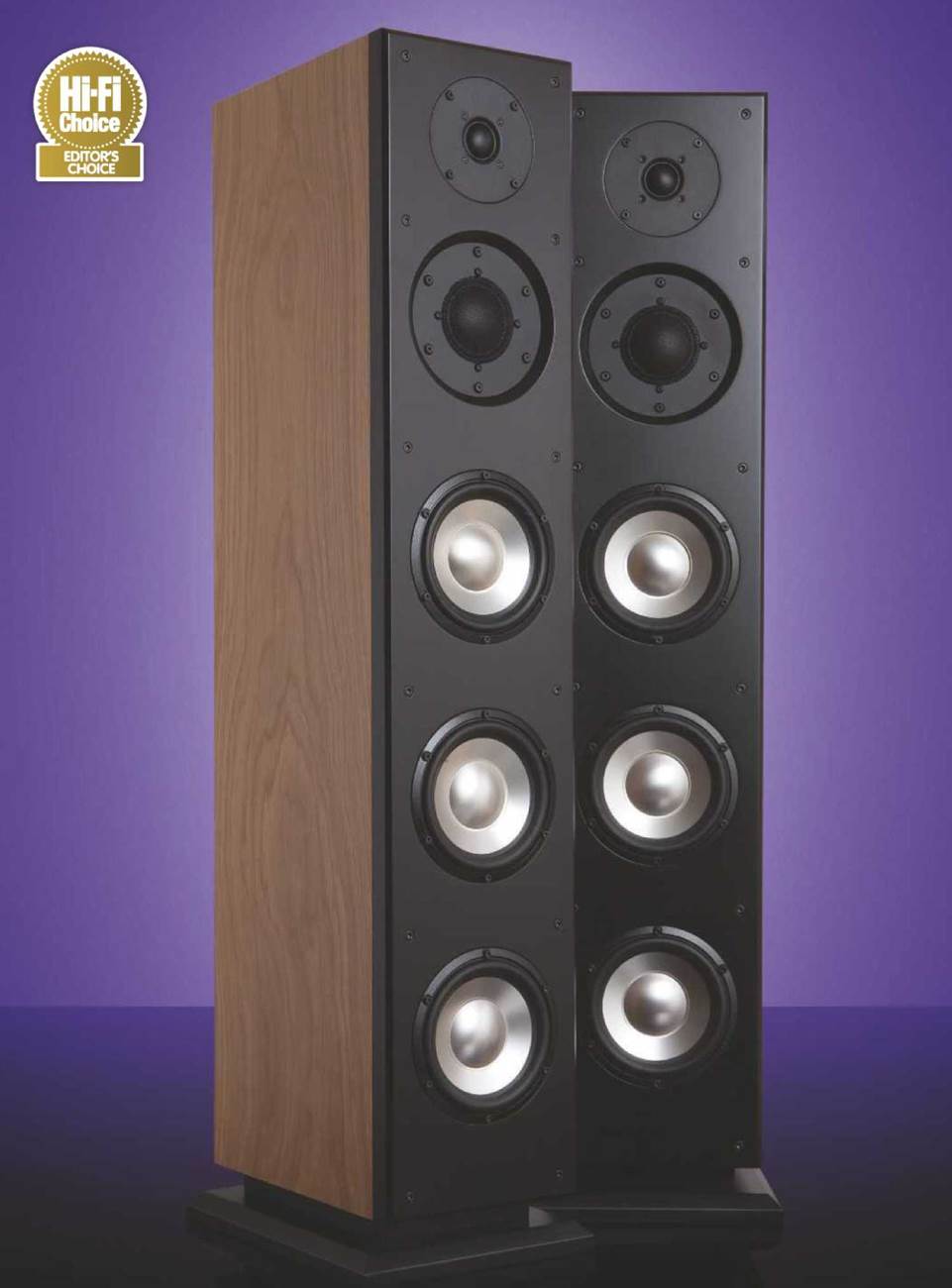 Ophidian is quickly building a reputation for knockout sonics and this floorstander shows why, says David Vivian

Loudspeaker makers come in various sizes. Some are entire divisions of giant corporations with legions of technicians, elbow-deep R&D pockets and cutting-edge design facilities. Then, right at the other end of the spectrum there’s Gareth James from Hoylake in the Wirral. Now 37, he studied acoustics at Salford Uni and has been building speakers for fun since his late teens. Subsequently “dabbling in pro audio” and a few jobs in IT he eventually decided to bite the bullet and, as he puts it, “give hi-fi loudspeaker design a proper go as a career”. That was back in 2010. Two years later, James’ first speaker – the aptly named Solo – was favourably reviewed back in HFC 370. Another tiny, vision-led, auteur-style

The bass gives you a huge hug, midband is sexy and treble never makes a scene

loudspeaker maker, Ophidian Audio, had arrived to give the big boys grief, not by designing and manufacturing everything in-house (an impossibility), but by creatively combining fine, bought-in ingredients and applying fresh thinking to old, established ideas.

James is still almost single-handedly running Ophidian from his base in Hoylake, but both the product range and the brand’s reputation have grown in the meantime. Interest and critical acclaim truly blossomed with his next speaker, the diminutive but size-defying Minimo, and now it’s the company’s flagship floorstander that’s causing a stir, although it needed a little ‘correction’ first.

Another life lesson for small operations: things don’t always arrive perfectly formed. The speaker was launched in 2016 as the P3 Prophet, but hampered by driver quality control niggles. Following a switch of supplier and a few aesthetic tweaks, the tall Ophidian tower’s second coming, as the P3 Evolution, wowed many who heard it at The Bristol Hi-Fi Show earlier this year and I’ve been listening to it at home for the past month.

The latest addition to the company’s premium P-series – there’s also a smaller P2 floorstander and P1 standmount – the P3 Evolution is the most potent expression so far of James’ take on dynamic speaker design. As a curtain raiser, my first instinct is to take a peek behind the full-length grille. It’s something of an eyebrow raiser, too. Mixing metal and non-metal driver diaphragms is a familiar approach if the designer has elected not to go the all-metal, Monitor Audio-style, route. But it’s usually the tweeter that’s shiny with the midrange and bass drivers adopting complimentary materials.

With the P3 Evolution, however, James has instead opted for three relatively small (150mm) aluminium- coned drivers to cover the bass frequencies. These are made by SEAS of Norway and feature large magnets with low-loss rubber surrounds and work in series, leaving the custom- built 50mm fabric dome, which operates in its own sealed enclosure, to do what should be a spectacular number on the midrange before handing over to the 27mm Sonolex tweeter, which uses a coated fabric dome. The five drivers’ workloads are divided up three ways by a high-quality Mundorf crossover and are mounted on a very substantial 25mm-thick baffle itself decoupled from the main enclosure by a flexible gasket, which helps isolate vibrations that would otherwise pass directly into the cabinet panels. These are fashioned from plywood (just like the LS3 5/a), which is lighter and stronger than MDF for a given thickness and,

as it’s made-up of glued slices, has better self-damping properties.

The enclosure’s internal architecture also incorporates Ophidian’s Aeroflex bass loading topology – essentially a hybrid of transmission line and conventional reflex porting. Its job is to keep the drivers fully loaded until they hit their natural useful excursion limits. James says that most reflex systems ‘unload’ the drivers once the port velocities reach a certain point, precipitating a lack of cone control and the onset of port ‘chuffing’. James contends that Aeroflex is a way of getting around this without going to a full transmission line, which he says has its own drawbacks. The system is built directly into the cabinet with additional panels that act as both the port system (which vents at the top of the rear baffle) and bracing to bolster the enclosure’s rigidity. A modest amount of soft damping material is used to absorb internal resonances and reflections, but not so much as to impede the critical airflow that allows the port system to function properly.

Properly weighty at close to 30kg, each speaker has a stubby pillar at its base that puts a little air between it and the adjoining plinth. Although limited to a choice of walnut or, as supplied, light oak, the finish is as ► 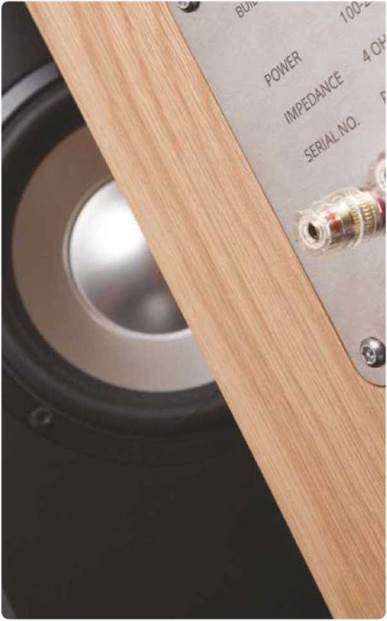 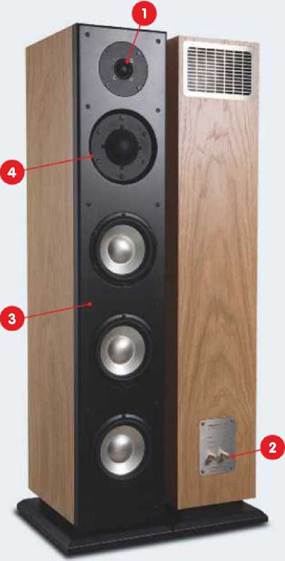 classy as you’d hope and the single binding posts are nicely engineered, too.

Over an extended listening period of some weeks, I try the P3 Evolution with both Hegel’s H90 integrated amplifier reviewed in HFC 427 (only 60W a side, but a stiff power supply and high damping factor) and my resident ATC CA2 Mk2/P1 pre/power reviewed in HFC 397 (150W and terrific bass region grip). My usual Cambridge Audio CXC CD transport (HFC 401) and Chord Hugo 2 DAC (HFC 428) share front-end duties along with an Elipson Omega 100 Carbon Black turntable.

Given the Ophidian’s potential for projecting an expansive soundstage and deep, powerful bass, I’m amazed how well the Hegel copes, though at higher volumes I can sense that it’s struggling to contain the low- frequency energy generated by the almost seismic synth sweeps on Grace Jones’ Slave To The Rhythm. It takes the extra power and grip of the ATC combo to appreciate just how well the P3 executes this ultimate bass extension trial of strength and I can imagine the big Ophidian’s true colours will continue to be revealed with yet more power and expense thrown at the speaker terminals.

But let me be clear. I can’t remember the last time I’ve derived so much enjoyment and satisfaction from reviewing a speaker. I’m inclined to ditch the usual hi-fi descriptors.

The bass gives you a huge hug, the midband is sexy as hell and the treble never, ever makes a scene. The P3 Evolution is one of those rare speakers that has genuine smoothness and warmth and, despite these being just two of a panoply of assets, they’re the ones that draw you in and really make you feel good.

Play something densely layered with lots going on – say, the exquisitely angular 12 Little Spells from jazz multi-instrumentalist Esperanza Spalding’s recent album of the same name – and you’re immediately swept along by the dynamic flow and rhythmic snap rather than getting snagged on incidental detail. The detail is all there, but it’s supplicant to the musical whole and not distractingly showcased for the sake of it. You get it all, but in a way that sounds unforced and natural. Surely the sealed enclosure midrange dome plays a crucial role here.

The speaker’s handling of the slower-burning complexities on Lambchop’s This (Is What I Wanted to Tell You) is equally impressive. Again, 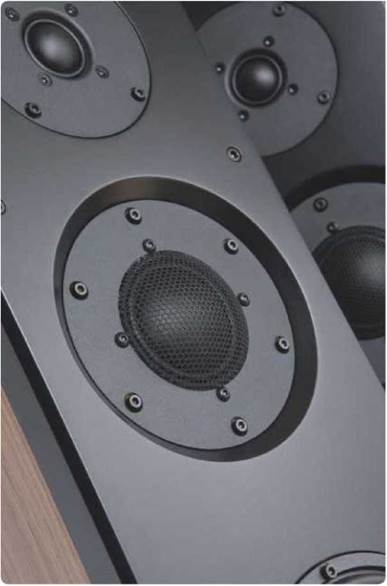 it’s the balance that tells, and the feeling of having oodles of power in reserve. As well as the mood, it delivers the ‘architecture’ of Kurt Wagner’s collaboration with drummer Matthew McCaughan; you get the big picture in a fashion so natural and coherent you almost feel you’re breathing the same air.

I’m still not sure how Gareth James has managed it, but the Ophidian P3 Evolution is a stunningly talented floorstander with abilities that make its ticket seem a snip. Even if your budget is twice the size, don’t reach for the plastic until you hear it

It might not have corporate muscle behind it, but the P3 Evolution takes the fight to the high-end's big hitters

The Ophidian’s main price rival is Q Acoustics’ Concept 500, which doesn’t just look a little sexier and more modern than the P3 Evolution, but has knocked critics and customers alike sideways with the remarkable quality of its sonics. In that respect, at least, the Ophidian can certainly hold its own thanks, in part, to its soft-dome midrange driver which gifts it clarity and insight in the presence region that just shades the best efforts of the talented QA.