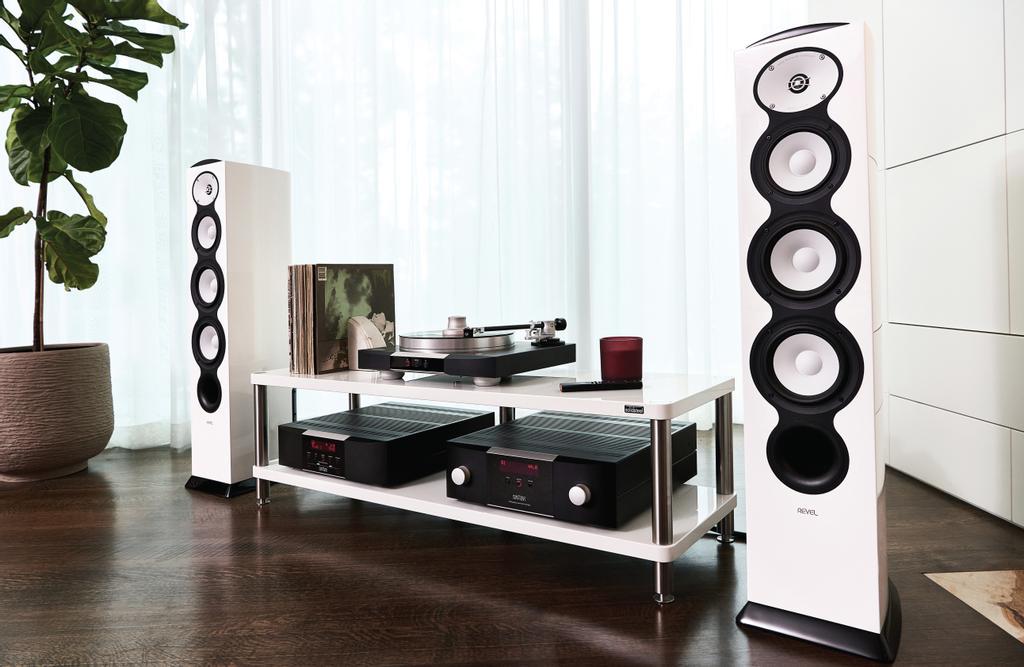 There are only three things required to build superb loudspeakers. A team of talented and experienced speaker designers, unlimited research and development resources, and state-of-the-art manufacturing facilities. That’s why there are so few superb loudspeakers!

It really doesn’t get any better than that! As for ticking the second box Revel is owned by Harman International, which has the best acoustic laboratories and listening rooms in the world, in particular its famous ‘shuffle’ speaker comparator. As for the third box Harman’s manufacturing facilities are second to none, as you’d expect from a company that also builds products for JBL, Infinity, AKG, Mark Levinson, ARCAM and half a dozen other famous brands. Harman International having access to Samsung’s coffers is also a big help!

The Revel F226Be is our favourite design, a four-driver, three-way system in a floor-standing cabinet. Perhaps the most important of these attributes is the ‘three-way’ nature of the design. The beauty of a three-way loudspeaker is that the all-important midrange is being handled by just the one driver, so you’re not getting any Doppler distortion going on, and there is no crossover anywhere near the most crucial section of the vocal range from C4 (Middle C) up to C7 (which is pretty close the top octave of a piano keyboard).

The next most important of these attributes is the use of four drivers, which always means that there are two bass drivers to deliver the lowest frequencies, rather than just the one. The beauty of using two bass drivers is that you split the load, so the power-handling is higher and cone excursion is minimised, so distortion drops away.

Then we come to the fact that the F226Be is a floor-standing design. This is our favourite format because, all things being equal, a large loudspeaker cabinet is always going to enable louder low frequencies — and better low-frequency extension — than a smaller cabinet.

The acoustic alignment of the cabinet — whether it’s sealed or ported/bass reflex — is also important, but in the case of the F226Be, Revel gives us the best of both worlds, because you can operate it in whichever of these two alignments works the best in your room, and with the music you prefer to listen to, thanks to the provision of port plugs with which you can block off the ports.

The cones of the two 165mm diameter bass drivers used in the F226Be are made from a material Revel calls ‘Deep Ceramic Composite’ (DCC) aluminium, which Revel’s Mark Glazer says are made using a plasma electrolytic oxidation process that uses a plasma discharge to create a ceramic coating on both sides of an aluminium core. He says that the two ceramic layers provide constrained layer damping that pushes the cone’s breakup modes outside the pass band, allowing the driver to maintain ideal pistonic motion through its entire operating range.

As you’ve probably already guessed from the model name, the 25mm diameter dome of the F226Be’s tweeter is made from Beryllium. Beryllium is one of the go-to materials of choice for tweeter domes, because it’s half the weight of either titanium or aluminium, four times as stiff and more self-damped than either of these metals.

The Beryllium dome is partnered with a waveguide that according to Kevin Voecks ensures that the tweeter’s dispersion characteristics match that of the midrange transducer in the crossover region, and also ensures wider dispersion at higher frequencies. “This gives the loudspeaker very smooth sound far off-axis,” says Voecks, “providing consistent sound over an exceptionally wide listening area.”

At the rear of the Revel F226Be you’ll find four large, gold-plated speaker posts linked by large gold-plated buss-bars, all mounted on a plastic moulding. The rear of the F226Be is so narrow and the moulding so large that it wraps around onto the sides of the cabinet which, unfortunately, makes the mouldings visible from some positions in front of the speakers. 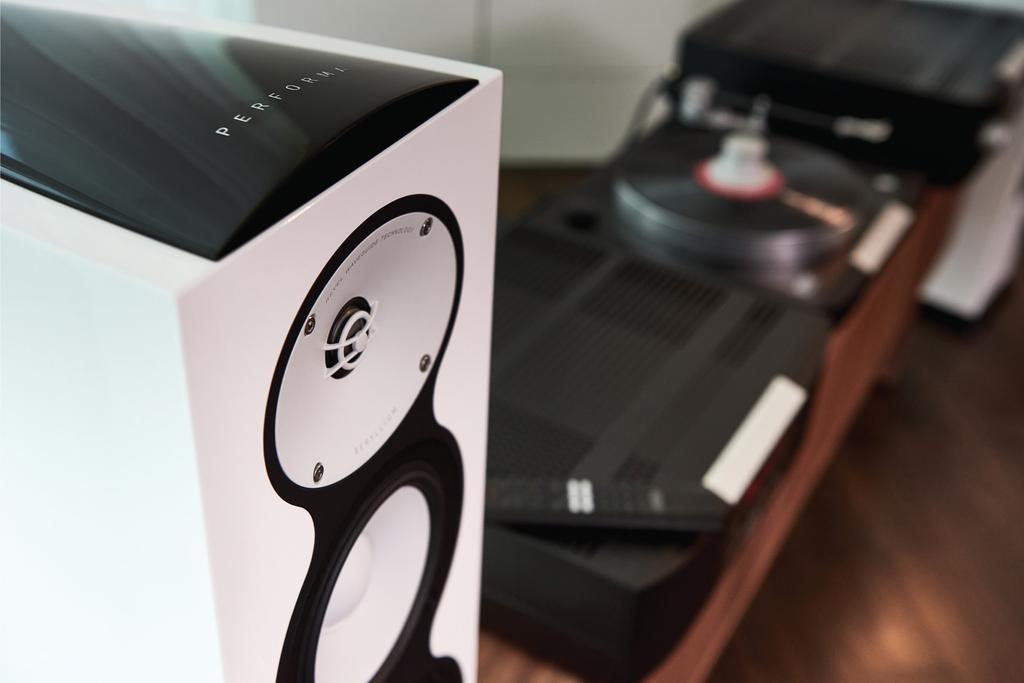 As the arrival of the F226Be co-incided with the arrival of Adele’s record-breaking song Easy on Me (breaking too many records to list, including being the most played song in U.S. radio history during a song’s first week on the air), so that was the first song we played to check the performance and sound of the F226Be’s midrange. Our conclusion? Hands-down mindbogglingly great midrange sound. It’s studio-monitor accurate in terms of relative levels across its pass-band and totally tonally accurate in terms of reproducing correct timbres. We were hearing Adele’s amazing voice exactly as it has been recorded, as well as the true-tolife sound of the piano and the Hill Street Blues-y bass riffs. It also didn’t matter whether we sat onaxis or off-axis — the dispersion of the F226Be’s midrange driver is amazingly wide.

The great bass we heard on Easy on Me was a portent that we’d hear even greater things when playing tracks heavily-loaded with bass and that was indeed the case, as we proved by playing Hayley Williams’ great debut album ‘Petals for Amour.’ There’s lots of deep bass, both synthetic and real, with the sound of the real bass (played superbly by Joey Howard) delivered as superbly as he plays. The sound of Aaron Steele’s drum kit is also totally authentic: just listen to that kick drum. You’ll hear it all too, because the recording quality is first class. Listen especially closely to all the layers of Cinammon, both instrumental and vocal and wait for that growling open E from Howard. Wow!

All this great sound from the deepest bass and right across the midrange would all be for naught if the F226Be’s tweeter was not up to the challenge. We can put you out of your misery: it was… and more besides. These speakers deliver the very highest of high frequencies with a pellucid delicacy that will have you enthralled, tinkling, shining ethereal highs that are super clean, even when there’s much going on elsewhere, such as in Mahler’s ‘Symphony No. 3’ with Bernstein and the New York Philharmonic.

We were absolutely rapt by the performance of Revel’s F226Be. These are loudspeakers that will give you unrivalled sound quality, no matter what type of music you play, and irrespective of whether you like to play your music very softly, very loudly, or somewhere in-between.