Home » SPEAKER PACKAGES » ELAC Debut B6.2 Review – Back in the game
Recommended

ELAC Debut B6.2 Review – Back in the game 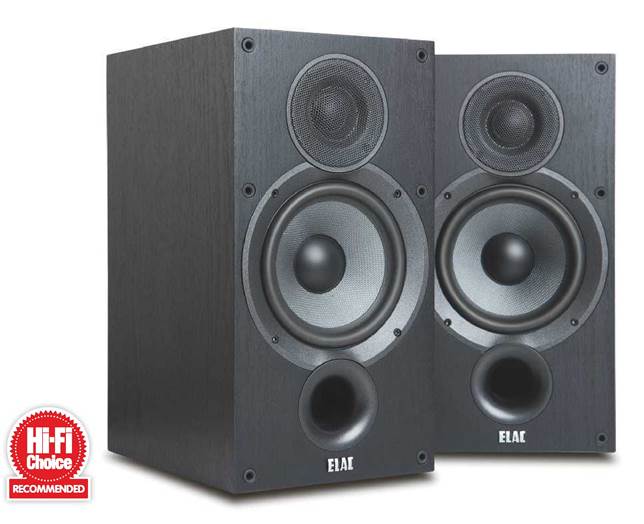 As a market, the budget loudspeaker sector is a hectic one at the best of times and most companies realise that to sit back on their laurels after a successful product launch is a bad move. Fortunately, as its press release points out: “ELAC can’t leave well alone”. As a result, barely two years after the game-changing Debut range arrived, we now see the Debut 2.0, which includes the B6.2 standmount before you here.

As with the original range, the man behind the new models is designer Andrew Jones. Following an illustrious career encompassing the likes of KEF, Infinity and TAD, Jones joined ELAC in 2015, breathing new life into the brand and creating well-defined ranges. In the case of the Debut 2.0, this means nine models – two standmounters, two floorstanders, two centre channels, one on-wall surround speaker pair, one pair of Dolby Atmos speakers and one subwoofer. In addition, two more subwoofers are recommended as perfect partners for the 2.0 models, should your walls require a little more shaking than the Debut 2.0 S10.2 can provide.

In the case of the standmounts, floorstanders and centres, the smaller models use 133mm main drive units (hence the B5.2, C5.2 and F5.2 monikers), but the larger B/C/F6.2 models make use of 165mm units in larger cabinets for greater presence and better bass extension. Stylistically, there has been a small amount of change to the front baffle and the newbies are fractionally narrower and taller, but the family resemblance is clear. Even a glance at the spec shows the driver lineup to be ostensibly as before, with an aramid fibre bass/ midrange driver crossing over to a 25mm cloth dome tweeter. It’s under the skin where things have changed a bit more than first appearances suggest.

On the mid/bass driver front, the new unit is the same size and basic material, but the Aramid weave is different and the rear of the cone is coated with damping material. A new convex dust cap is also fitted, which should offer a smoother roll-off at the top end and, thus, lower distortion.

In addition, the bass port has moved from the rear to the front, allowing greater placement flexibility.

The tweeter’s dome boasts new cloth material and doping, and also has a larger surround than before.

ELAC claims this extends the unit’s frequency response for smoother operation in the driver’s passband. A new tweeter waveguide promises to improve off-axis performance and the crossover has been changed slightly due to the new drive units, resulting in a crossover frequency reduction from 3kHz to 2.2kHz.

Internally, side-to-side bracing has been added inside the cabinet, making it sturdier and reducing its resonant contribution to the speakers’ output. As before, the choice of finishes is limited to black, but the ash vinyl looks to be a slight improvement over the austere brushed black of the older model.

With the Debut B6.2 on Atacama SL-600 stands and driven by a Yamaha A-S500 (HFC 364) amplifier and Cambridge Azur 650C CD player, I start with it positioned around 30cm from my rear wall and 60cm from the sides. At the low end, bass is firm and timing is excellent – the little B6.2 doesn’t attempt to dig too deeply and I am actually relieved to hear this. I have heard some small speakers overshadow their strengths by trying to deliver bass beyond their reach, but ELAC has played safe here and the B6.2 is all the better for it. Feed it some dance music and it doesn’t punch it out with gusto or shake the room. The re-designed mid/bass driver imparts an excellent level of detail onto the upper bass, so it doesn’t attempt to bend the laws of physics, but neither does it sound lightweight.

Initially I have the speaker toed-in towards my listening position. In this position it impresses from the start with its incredibly strong sense of central imagery. Vocalists really do project forth with quite astonishing realism and belie the diminutive stature of the cabinet producing the effect. Depth perspective behind the main action is also good, but the lateral image width seems somewhat narrow – as if everything has been crammed into a gap between the speakers. After an hour or so of listening like this, the urge to tinker takes over and, buoyed by the promise of better off-axis performance from the new drivers, I straighten up the stands so that the B6.2 fires straight down the room.

notepad sat on my lap. Now the central image stability is as good as before, but suddenly a whole swathe of information appears to the left and right of the loudspeakers. Not only is it initially a little difficult to reconcile the big sonic display coming from the small cabinets, but equally impressive is the focus offered within the sound. This is not a poorly defined ‘stereo wide’ effect – rather, each instrument occupies its own space and is easy to pick out. A little of the fine depth perspective is sacrificed in this straight forward position, but the B6.2 still does a superb job of imaging – and very possibly a class-leading one.

The imagery is accompanied by a fine sense of detail across the midband, but the ELAC does have a slight tendency towards forwardness in this area. This works wonders on detail and picking out individual instruments’ character. The downside, however, is that with less sympathetic material, it can very occasionally sound a little uncomfortable. The brass backing Steely Dan’s Jack Of Speed has a just a touch too much rasp and one of my regular midrange torture tracks, The Corrs’ Only When I Sleep, is quite strident.

With better recorded material, however, this aspect of the B6.2’s character works to its advantage. It brings main vocalists right to the front of the soundstage and makes lead instruments sound vivid and lifelike. Aaron Neville’s vocals on his version of Everybody Plays The Fool stand out superbly, with the guitar work and percussion placed solidly behind and to the side of him.

At the top end, the changes to the tweeter have made the treble sweeter and more open. The B6.2 is crisp and shiny when it needs to be, but manages to maintain an impressive treble composure at all times. Often budget speakers can be provoked into splashy hardness if one is not too careful, but even listening to Alter Bridge’s Metalingus at a somewhat anti-social volume, the little ELAC’s tweeter refuses to fall apart.

The 2.0 upgrades to the ELAC Debut range have worked wonders and the B6.2 can be warmly recommended. There is a very slight over exuberance to the midrange with some material, which means it needs to be carefully matched with the right amplification and source so as not to come across as too shouty. Get this right, though, and it really does sing its heart out and offers stunning stereo soundstaging for the money 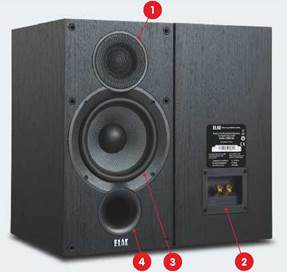 There are a few worthy competitors of note for the ELAC in this price band. Among them are the Group Test-winning Q Acoustics 3020i, Wharfedale Diamond 11.1 and Mission QX-1. All are fine models and well worth considering. The big challenger would be the Monitor Audio Bronze 2 (HFC 411), which is fun, crisp and punches well above its weight and price tag, thanks to an impressively chunky bass. The Debut B6.2 can hold its own in this company, but if imagery is your top priority, the little ELAC really does make it big.