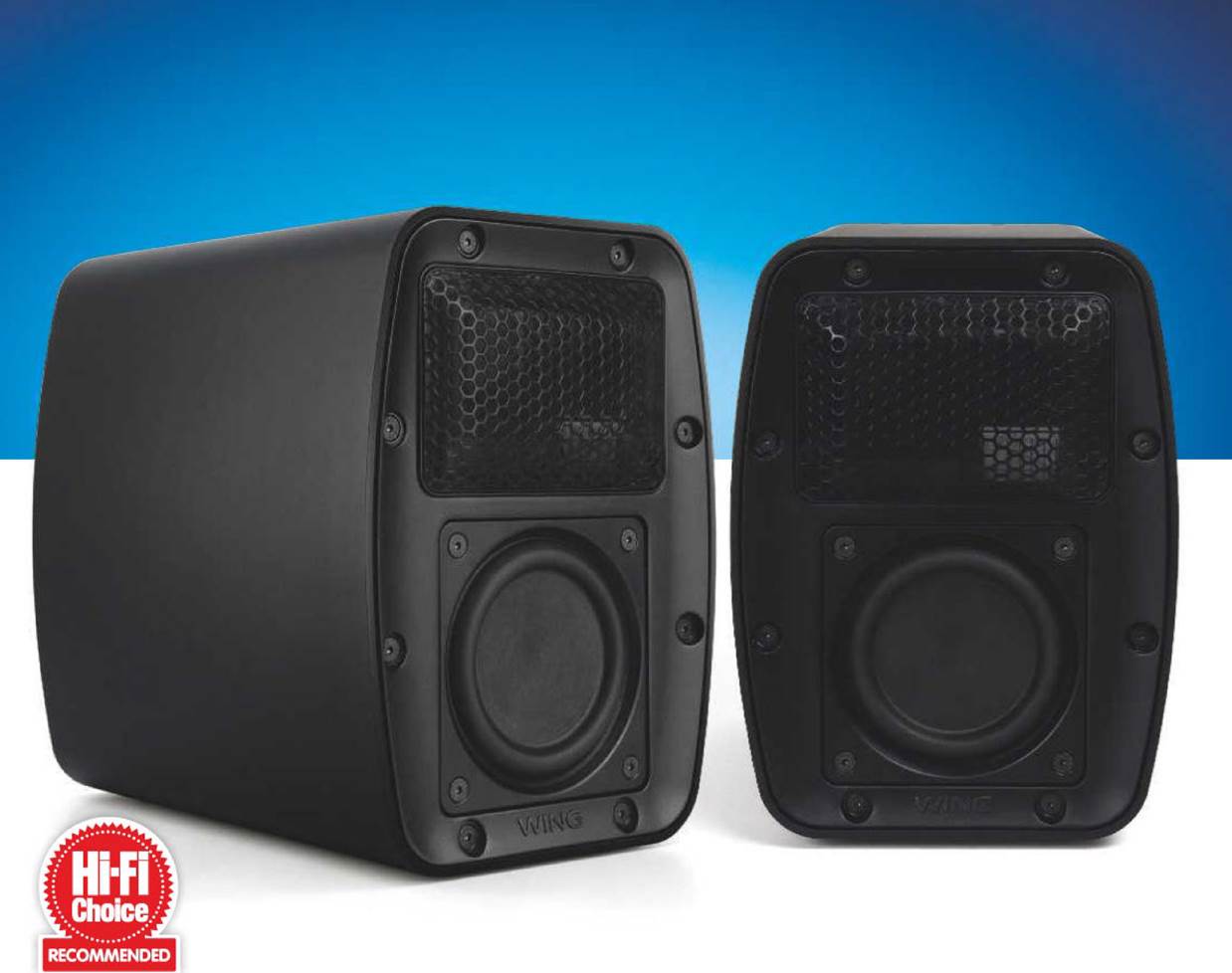 Anyone who’s ever lived with a BBC LS3/5a, Linn Kan, Wharfedale Diamond or Acoustic Energy AE1 will totally ‘get’ little loudspeakers.

With a good one, what you lose on the swings you gain on the roundabouts – so to speak. This is because they can deftly dodge many of the compromises of floorstanders, arising from their costly and often not very rigid cabinet.

This speaker uses a new type of transducer that its creators – Mike and David Palmer – call acousticWing. It was originally designed over 20 years ago, but has been progressively honed and then productionised into what we see here now. It’s claimed to have excellent transient speed and low distortion, and Wing Acoustics backs this up with plenty of technical data on its informative website.

This drive unit is said to mimic the action of a hummingbird in flight, with an ultra-rigid ‘wing’ that moves in a precise arc to create sound waves. It’s totally different to a conventional moving-coil drive unit, being a diaphragm that’s a self-supporting three-dimensional structure. As well as being ultra-light, it’s rigid across almost the entire operating bandwidth. Wing Acoustics’ Chief Executive Christopher Hardy says the first subtle diaphragm resonance mode occurs at 17kHz, which is beyond the upper limit of most people’s hearing. And because it avoids the unstable pistonic action of conventional cones – and their interaction with their rubber surrounds – it’s said to have better transient performance too. These are certainly bold claims, but the design is the subject of over 200 patents.

This driver is fitted inside its own inner enclosure inside the Zer0’s cabinet, which is decoupled both from the driver and the aluminium outer cabinet. Both are braced and damped, and constrained elastomer damping layers are applied. The outer walls are 7mm-thick extrusions, and the front and rear baffles are 1kg each of cast aluminium. There’s a 75mm bass driver below that takes over under 570Hz, plus a 100mm passive radiator. The resulting frequency response is said to be 35Hz to 20kHz, with the bass cut-off at -6dB.

Like all small speakers, the Zer0 is a prisoner of its diminutive dimensions – this speaker’s tiny internal cabinet volume of 2.6 litres makes for an exceptionally low-efflciency figure of

72dB according to its maker. That’s 10dB or so worse than the BBC LS3/5a, which is traditionally thought of as an inefficient design. Plus, the Zer0 isn’t just power-hungry, it’s current-hungry too. The manufacturer quotes a low nominal impedance of 4ohm, which it says drops down in places to 3.2ohm. So, you’ll need an amp that can pump lots of current with a stiff power supply Wing is perfectly frank about this, describing it as: “Extremely power hungry Many amps simply do not have enough headroom to drive this speaker, so it requires careful amp selection.”

The Zer0 is very easy to position, and works great as a near-field monitor – just as its designers intended. It will be lost in a large 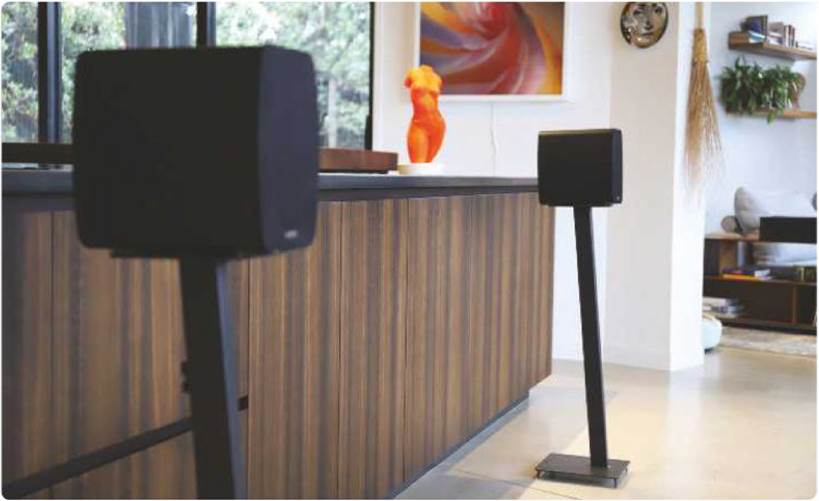 With its 7mm thick aluminium outer walls, the Zero has a very distinctive industrial design

room, but small-to-medium-sized ones are fine if your power amplifier is gutsy enough. Sitting on 24in stands, slightly toed-in and about a foot from a boundary wall, you get a fascinating sound.

Initially the Zer0 sounds somewhat underwhelming – dull, soft and inoffensive. But rather like a good electrostatic loudspeaker, as you get over the shock of not hearing moving-coil drive units fight with one another across the bass, mid and treble – you begin to realise just how capable it is. It’s defined by the almost total lack of all the things that conventional speakers get wrong.

There’s no nasal midband, clangy treble or flatulent bass; instead this little box makes an extremely smooth and svelte sound that lets you listen right into the recording.

Its smooth tonal balance is one of its most striking facets, allied to its almost complete lack of grit. Cue up some classic pop in the shape of Madonna’s Borderline, and you don’t hear a consciously punchy bass or spitty treble. Instead, the singer’s vocal line is carried with surprising purity. The recording sounds flat – in the sense that it hasn’t been heavily EQ’d – and open, with lots going on. Bass is enjoyably fluid, but doesn’t dominate, while the hi-hat sound from the early eighties drum machine 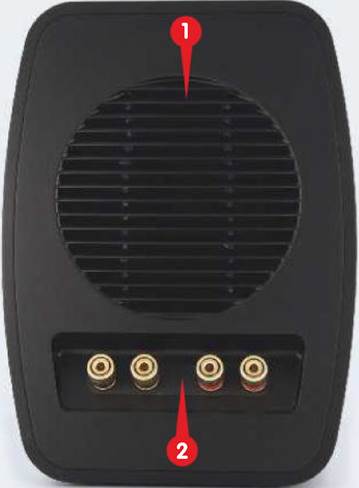 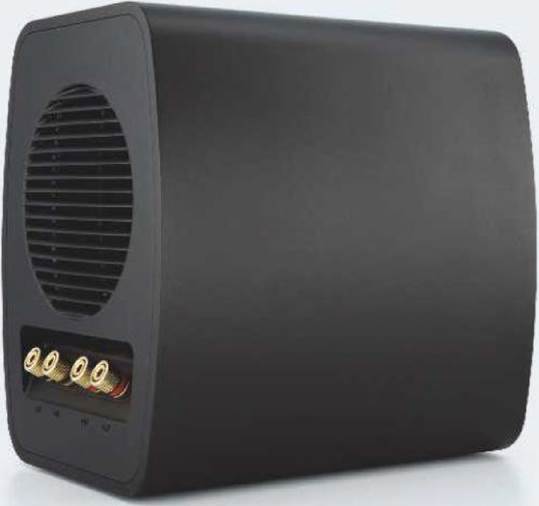 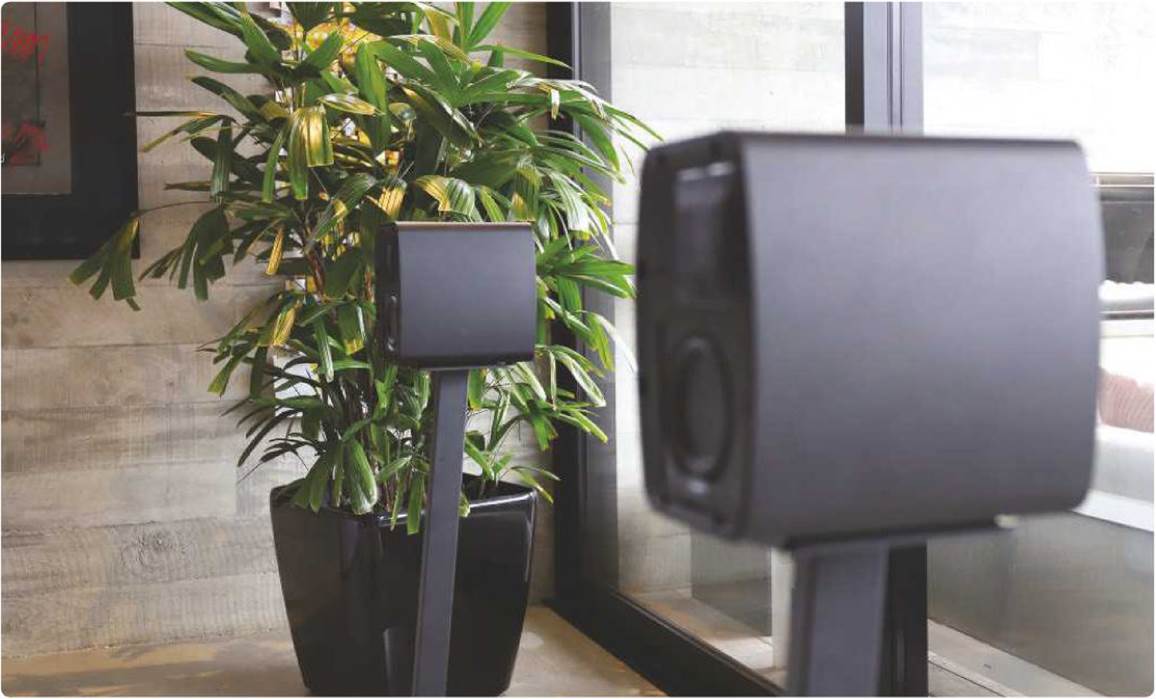 is clean and crisp. It is well able to let me follow each strand of the mix, without snarling or growling at me.

At the same time, it’s not a visceral thrill-giver; in some ways its delights are more of the head than of the body. The bass response won’t shake your room, although it’s still surprisingly effective and extended all the same – and near miraculous from a such a small speaker. Rather, the purity of the midband and its smooth integration with the treble and bass keep coming back to delight. Anita

Baker’s soulful Sweet Love is a joy; the speaker opening the recording up and ushering me in. I am struck by the wonderful texture to Baker’s voice and the vivid, shiny timbre of those chiming keyboards.

Even with heavier rock music, the Zer0 really distinguishes itself – not because of its ability to flap your flares or blow your wig off, but thanks to its transient speed. It makes the histrionics of The Who’s Baba O’Reilly a delight; the opening tambourine has a delightfully natural timbre, setting the tone for some amazing sounds from the keyboard and drum kit – both of which have great speed and dynamism. Despite its tiny dimensions, the Zer0 oozes energy, really pushing hard to communicate the power of the performance.

Imaging is excellent too, with out-of-the-box rendering of spatial information; not only does it work much better off-axis than most speakers I’ve heard, it conjures up a soundstage that belies the size of the boxes being used. Eighties ambient masterpiece Lazy Calm by Cocteau Twins is a joy; the Zer0 pushing the recorded acoustic out far and wide, with more depth than I thought possible from this fairly lo-fi recording. This lovely seamlessness complements the speaker’s tonal evenness to give a very similar sound to what Quad’s classic ESL-63 electrostatic delivers, albeit with a more extended and delicate treble.

The major downside has already been discussed; you need to put plenty of power into it. Even with the world’s most gutsy amplifier though, it can’t change the fact that the Zer0 is prone to sitting on dynamics when running towards its maximum output level. That rather goes with the territory, with small cabinets such as this I’m afraid. Also, the bass is nicely supple and has plenty of weight (for the speaker’s size), but doesn’t have the sheer transparency of that high-tech, mid-treble driver. There’s just a hint of softness, compression and overhang from the low-frequency driver, relative to the stellar performance from its partnering drive unit. Given this speaker’s size and price, it’s hardly crime of the century.

The Zer0 is an excellent and fascinating speaker that gives mini monitor fans much-needed extra choice. It’s highly talented in its own special way, and in my view a true audiophile bargain. Yet be warned that it won’t be for everyone – it’s not likely to take away any sales from the Klipsch LaScala AL5 (HFC 462), for example. If you’re in the market for a great small speaker, this is an essential audition

DALI’s Epicon 2 is a great small speaker, albeit a very different one to the Wing. It’s a bit bigger than its rival, way more sensitive at 87dB with exactly the same 4ohm nominal impedance. Sonically it’s less detailed, insightful and forensic, but still great fun with a really satisfying musical nature. Tonally that bass cone helps confer a sweet, warm sound, although it has less extension than the Zero. It’s way less demanding of amps and so has wider general appeal.