An old series gets Offa on the right foot. 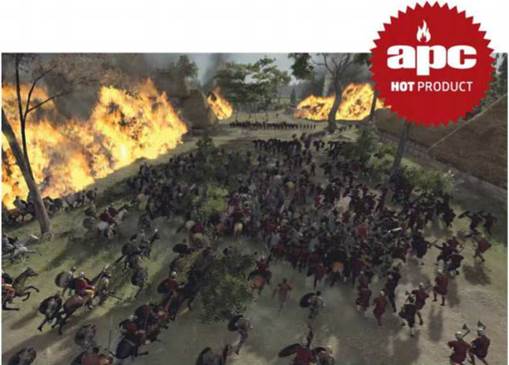 Being a king is simple, right? Wrong. Nobody ever mentions the betrayal, the demands or the crushing and constant requests for equitable wealth distribution.

Thrones Of Britannia does something no Total War has done before — make you feel like an actual king. Instead of being an unquestionable, omnipotent monarch, you muddle through a febrile peace in one the most tumultuous periods in British history — 878 AD. The Vikings have been stopped but not defeated; Britain is still occupied; and various hungry powers tear at the flesh of a kingdom too small to share. And as the leader of one of the game’s 10 playable factions, it’s your job to carve yourself a healthy slice. Every success is shared. Every failure is your fault.

That all sounds very Total War and it looks familiar, too. At first glance, nothing much seems to have changed. We’re back in the British Isles, where we’ve been in so many previous games in the series, but it only takes five minutes with the new campaign map to appreciate the differences. This is the richest Total War map to date, densely packed with walled cities and satellite villages, featuring focused, engaging points of conflict.

Whereas your main cities are garrisoned and can repel an invading army, the smaller settlements are completely helpless. Unless your army is nearby, they can be sacked or occupied without a fight. But this is one of the game’s many clever tweaks, and it forces you to play differently. Instead of a network of neatly defended towns, you’re encouraged to range across your borders with an agile, reactive force. Fight on too many fronts and it’s impossible to defend your lands. This forces you to consider every conflict, expand carefully and be constantly wary of your neighbours.

It also leads to another first: being locked in constant conflict is a terrible idea. There’s a war fervour meter, which will decrease as you spend time locked in fruitless campaigns. Your subjects will start to crave peace, and become dissatisfied. These thoughtful, almost punitive touches force you to consider everything before committing to a campaign.

Another layer of realism comes from the way units are recruited and upgraded. Military buildings are gone, instead, you upgrade your troops via tech trees. Recruited units start in a depleted state and gradually grow to full strength. Battles still feel very similar, though, so if you didn’t love the combat in previous games, this won’t convert you. But this is a welcome new direction for the series.

Occasional WarSaga might have been a more accurate name for this exhilarating departure from the norm.