TCL finally seems to be attacking the UK TV market with gusto. Previously it has taken residence on the entry-level shelves, offering low-cost/low-spec models that are happy to compete on price and size. In 2020 it’s changed approach, introducing Quantum Dot-based C715K and C815K 4K sets that sit above the bargain basement competitors. That said, they still want to be considered affordable. 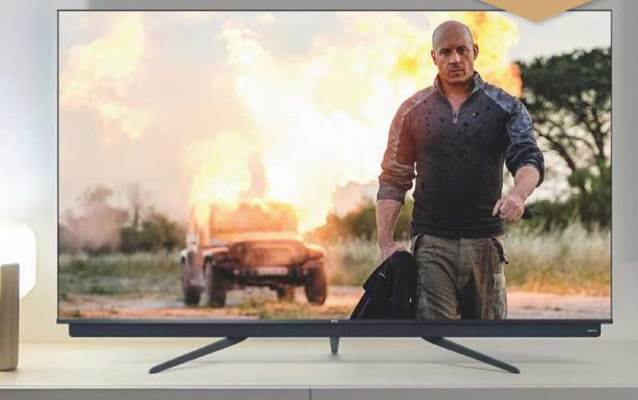 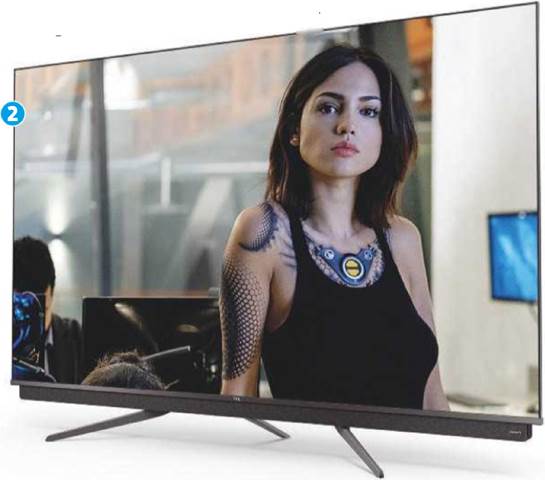 The 65C815K model reviewed here sells for around £ (through retailers including AO and Amazon). There’s also a 55in model available and TCL promises a 75in model later in the year (price TBC). For anyone whose wallet starts to break out in a sweat when eyeing up flatscreens from the likes of Samsung, Sony, Panasonic and LG, TCL’s TVs will make sense.

To hit this price tag, there are some specification omissions. HDMI connectivity, for instance, is limited to three inputs, rather than four, and there’s no support for eARC or any other HDMI 2.1-related features (VRR, ALLM, etc). Panel illumination comes from an edge LED system, rather than the Full Array Local Dimming approach found on pricier models and generally preferred by picture purists. And the TV, while strikingly pretty with its ultra-slim bezel and three-way desktop stand (which provides a more solid foundation than TCL’s previous twin-feet approach), can’t quite match some rivals when it comes to premium feel.

In other areas, the C815K specification is well-judged. There’s support for both the HDR10+ and Dolby Vision dynamic HDR standards – something even the global powerhouses of LG and Samsung can’t bring themselves to offer – plus Dolby Atmos decoding/passthrough to compatible hardware.

Bring on the ‘bot

Smarts come via the Android operating system, a new development for TCL in the UK. Last year’s 55EP668 [see HCC #302] carried a proprietary (and frill-free) smart hub, although its European counterpart was Android-enabled. But now that Freeview Play compatibility has been added to the Android arsenal – Google and Freeview have apparently ironed out whatever differences they had – TCL is happy to go Google. This brings 4K VOD apps including Netflix, Amazon Prime and YouTube, and plenty of catchup TV. There’s also hands-free Google Assistant voice japes, and the TV will also interact with an external Amazon Alexa device. Put simply, the C815K is a sign of how much the smart TV proposition at the affordable end of the market has evolved in recent years.

The addition of Android also means less envious looks across the Atlantic to where TCL partners with Roku for its flatscreen smarts. The company also says the 65C815K will update to Android 10 (it’s currently v9) toward the end of this year.

TCL’s general UI has been given a polish too.

2. The TV’s audio is provided by an Onkyo speaker system

Mind your Ps and Qs

claims to reach 97 per cent of the DCI-P3 colour space (more so than Samsung’s QLED models) and eat REC.709 for breakfast.

Picture modes are self-explanatory. Cinephiles will want to switch out of TCL’s default Standard setting and head to movie, as this proffers a more natural colour balance (it’s pegged to D65) and sets Sharpness to 0.

That said, the cooler tone and IPQ 2.0 processing features at work on Standard aren’t disagreeable, and will find favour with daytime/TV viewing. A Smart HDR setting upconverts SDR material to HDR. Spin a Dolby Vision 4K platter and you have the choice of Dark and Bright modes.

This TV isn’t a light cannon. TCL openly suggests a 400-nit luminance figure, and this equates to a measurement of around 390 nits on a 10 per cent window. Specification watchers will be aware this puts it at a disadvantage compared to both LCD and OLED TVs from some rivals, but typically such screens command far higher price tags.

And this middle-of-the-road brightness doesn’t mean the C815K can’t find the beauty within 4K HDR material. Sun-kissed waves in the new Jaws UHD Blu-ray still offer their glistening sparkle, bringing a level of dynamic punch far above its SDR presentation.

Overall screen brightness isn’t excessive, which robs some of the impact from lurid animated fare like Smurfs 2: The Lost Village (4K Blu-ray). But the colour performance here is strong, with plenty of body to the film’s primary hues – an attribute of its Quantum Dot panel design, says TCL – and efficient presentation of its surprisingly subtle gradations.

Furthermore, the TCL seems to tone map effectively, translating aggressive HDR10 content to its less-than-stellar peak brightness without overt clipping and flare-outs.

With more moodily graded material, such as Bloodshot (4K Blu-ray), the TV’s general brightness shortfall becomes less of an issue. The road tunnel set-piece, with its darkened environments punctuated by car headlights, enjoys a healthy, dramatic contrast, buoyed by a solid black level performance; the use of a VA-type panel, while offering a fairly restricted viewing angle, results in a pleasing lack of greying murk. This is an attribute that extends to the 65C815K’s SDR performance, too, where there’s an impressive sense of 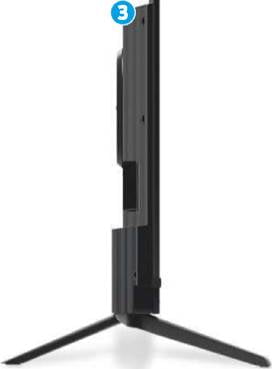 balance in its handling of light, dark and everything in between. The result is quite cinematic.

As for audio, the TV claims a 5.1.2 sound presentation through its Onkyo-designed speaker system and Dolby Atmos virtualization. You shouldn’t be surprised that this isn’t what you actually get. That said, the front-facing mid/ high drivers and rear-mounted woofer still put in a decent enough performance, sounding beefy with Bloodshot’s numerous bangs and crashes, and the set will output Atmos audio over HDMI ARC. TCL also now sells a Dolby Atmos soundbar, the Ray-Danz.

The 65C815K represents a new breed of flatscreen, one that lowers the entry-point for Quantum Dot panel technology and gives the affordable LCD market a boost. Rival Chinese brand Hisense is adopting the same approach, so be prepared for plenty of competition on the shop shelves.

The QLED implementation, plus the addition of motion compensation and that new-look interface, give this TV a maturity that earlier UK TCL models have lacked. Performance is solid for the money, particularly with regards to wide colour expression and HDR handling (despite its overall brightness limitation). And where this TV earns further brownie points is its long list of features.

A 65in flatscreen that will find TCL new fans, the C815K is a solid all-round picture performer with Quantum Dot wide colour and an impressive feature list.

Mounting even a 65in TV needn’t be a costly business. This ‘flush-fit’ fixed (rather than tilting) mount from Vogels sells for £ and supports the TCL’s 400 x 200 VESA spec. It’s also rated to carry screens up to 80kg.