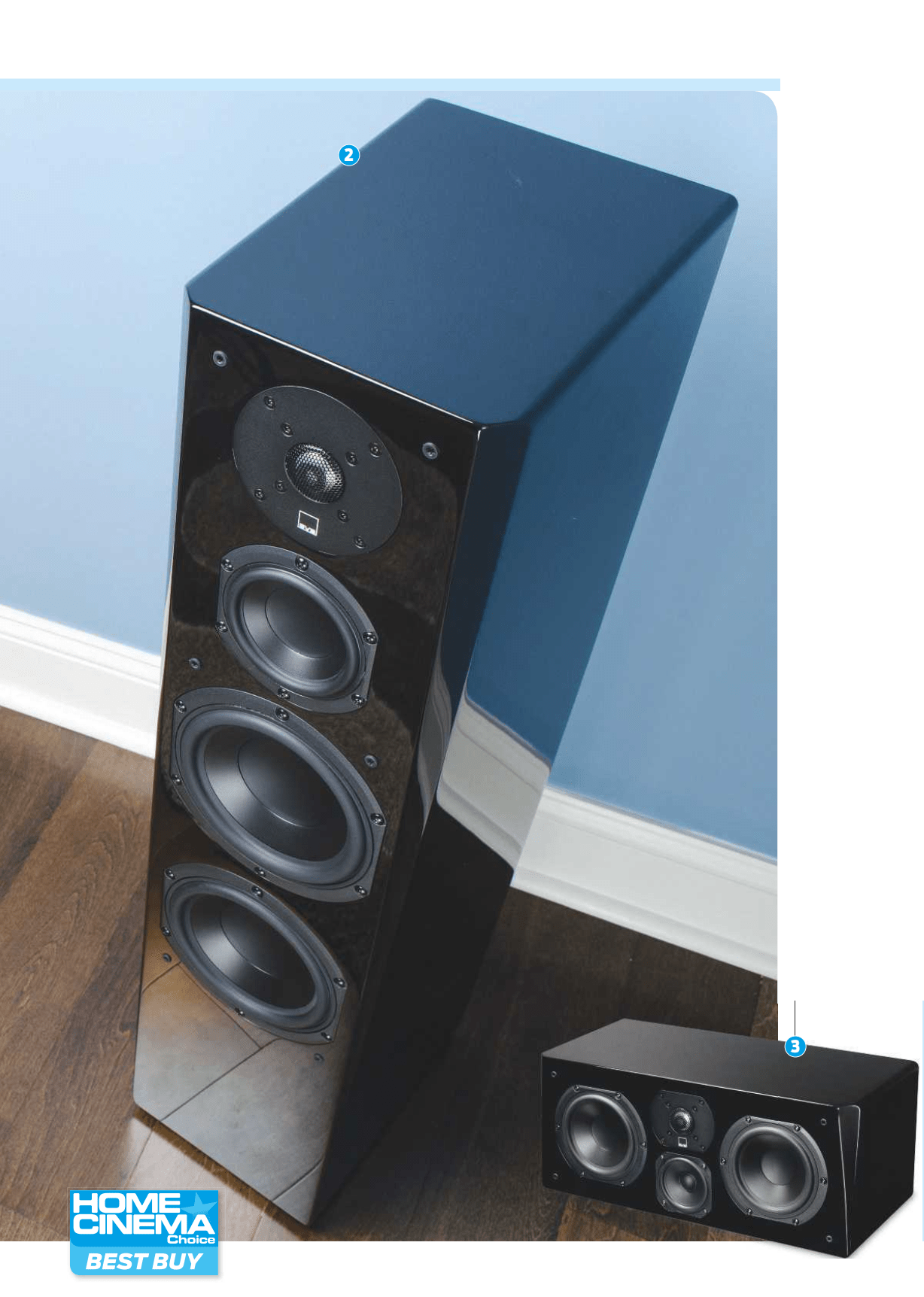 SVS’s Prime series isn’t new. The American brand – and originally a subwoofer specialist – launched this entry-level range back in 2014, but since then it’s added new models, and kept it on the market. This is presumably because it sells well, and I can see why.

Last year I looked at the newest Prime floorstanding speaker, the fearsome five-driver Pinnacle [HCC #312], and it was around then I realised I’d never actually had a play with its Prime Elevation models. Debuted in 2016, these compact, angle-baffle two-ways are designed to be a one-stop shop for immersive audio, bringing height channels to rooms that previously never had them.

So auditioned here is a 5.1.2 setup that has the form factor to tuck into less-than-cavernous spaces (well, except maybe the subwoofer), but promises grown-up cinematic sonics.

Standing left and right in our array is SVS’s Prime Tower, the range’s venerable floorstander. And although now outgunned by the bigger Pinnacle, it’s still a floorstander with seemingly considerable potential.

First up, it’s large but not worryingly so. As with some of the company’s subs, drivers appear to have been housed in the slimmest cabinet possible, resulting in a 20cm width despite the speaker’s duo of 6.5in woofers. It looks neat and tidy too, while not exactly stylish. Finish options are gloss black or black ash, and the speaker’s curved edges and cutaway front baffle contribute to living room acceptability.

The two polypropylene bass drivers join forces with a 4.5in polyprop mid-range and 1in aluminium dome tweeter in a three-way design. This high-frequency unit is a feature of all the Prime models, and claims to be a little bit smarter than the entry-level norm, benefiting from an FEA-optimised diffuser for ‘an airy and unveiled presentation.’

A nominal 8ohm speaker with a rated sensitivity of 87dB, the Prime Tower shouldn’t worry any half-decent AVR. 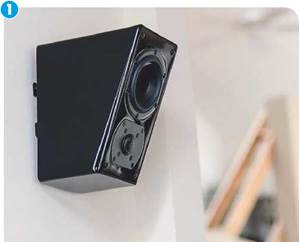 The Prime Elevation is also available in gloss white

The Prime Center is the only dialogue-channel option in the range. Unusually for a centre model at this price, it’s also a three-way design, although both the mid-range and woofers are smaller in stature than those on the Tower (3.5in and 5.25in respectively). As with the floorstander, and all the Prime enclosures, the Center is rear-ported.

SVS’s bargain priced Prime Satellites, often sold for all-channel use in a compact 5.1 setup, are on duty here as surround speakers. These two-ways, with a 4.5in midbass, are rewardingly compact at just 12.5cm wide.

The Prime Elevation is somewhat unusual as it’s intended for Dolby Atmos but not actually a Dolby-certified speaker. SVS describes it as ‘an optimized height effects speaker’ offering a direct sound that’s preferable to reflective models that require ‘perfect room conditions.’ Suggested installations are as height speakers at the top of side walls (a bracket is provided), positioned on top of front L/R speakers, or even used as traditional surrounds.

Test tones from a Dolby Atmos demo disc reveal that the Prime Elevation, positioned at the top of a side wall, isn’t quite a substitute for a physical in-ceiling speaker; there’s no psychoacoustic trickery here, its sound coming from up high but wide.

You could, of course, mount these directly to the ceiling, but a side position is neater and easier to cable. And anyway, you watch movies rather than listen to test tones, and as part of a full system, the Elevation does what it says on the tin.

The Atmos track of Gravity (Blu-ray) is handled with panache, the SVS system

Prime is SVS’s entry-level, below its Ultra Series 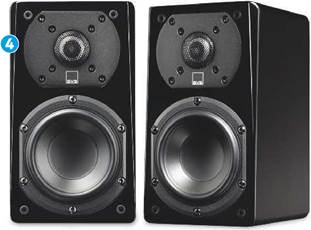 All the Prime speakers feature SVS’s 1in aluminium dome tweeter

painting a front soundstage with width and verticality. The banter between Sandra Bullock and George Clooney floats around in this space, as it should.

The ability of the PB-2000 Pro to add another layer to this system, and to make it sound positively huge, is in evidence when our heroes are hit by the debris storm. This 12in bass-maker sounds thrillingly pure of tone, and surprisingly tight considering its ported nature – SVS seems to have slightly dialled down the aggression for this new generation. It does both low, extended rumble and sprightly bass hit exceptionally well for the money.

The Satellites are this setup’s least noteworthy element, but stand up to scrutiny. Tonally, there’s a sense of balance between the front and surround stages, meaning panned effects are more joined up than I was expecting. More obvious is the difference in scale between them and the Prime Towers, have although how much of an ‘issue’ this is depends on the demands of a soundmix, and the Elevation speakers lend a hand in padding out surround elements. Localised effects can sound a tad pointy and isolated, but a counterpoint is the size and affordability of the speakers themselves. These can be installed anywhere and not cause a fuss. And if you want bigger, SVS’s Prime Bookshelf models will oblige.

The airfield battle at the end of Wonder Woman (4K BD) was predictably joyous, particularly the way Rupert Gregson-Williams’ score soared, and hurled objects (including a tank) landed with concrete-cracking detail. Ares’ doom-laden dialogue was lifted clear and sounded seriously weighty (arguably a touch too bassy.)

But it was with the reference-grade 3D sound design of Kong: Skull Island that this SVS pack really earned its crust. 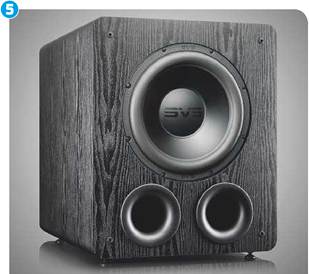 During the initial meeting between monkey and man, the soundtrack segued effortlessly from a musical, upbeat presentation of Black Sabbath’s Paranoid to total aural chaos. Overhead elements, notably the slow pass of helicopter blades, were delivered well, and the mix acquired a 360-degree feel when the chopper went to ground. Beeping alarms sounded succinct, while Kong’s roar practically turned my insides out.

This 5.1.2 system mixes compact cabinets with a sizeable sub for a best-of-both worlds performance. Perfectly suited to blockbuster cinema, it’s capable of sounding utterly brutal, but doesn’t skimp on clarity, imaging precision and cohesion. It should find plenty of fans SVS’s Elevation speakers are a neat and effective 3D audio solution – add them to their well-priced Prime siblings and you have a cracking immersive system.

SVS's Elevation speakers are a neat and eective 3D audio solution – add them to their well-priced Prime siblings and you have a cracking immersive system.

WONDER WOMAN: With the sequel arriving on 4K BD soon, there’s no better time to rewatch its 2017 predecessor – and its inventive, dramatic Atmos mix (on both BD and UHD versions) is out of the Hollywood top-drawer.