Such is the competitiveness of the TV market that, barely five minutes after it had been launched, the stylish Sony KD-65XG9505 dropped to £.

This is Sony’s top 2019 model below its Master Series ZG9 8K LCD and AG9 OLED, and it’s intended to bring the Master Series’ authentic approach to a greater audience. It also has big shoes to fill: its predecessor, the XF9005, was a What Hi-Fi? Award-winner at 49in and 65in. Luckily, it’s a real success.

This is a 4K LCD set with a direct, full array, LED backlight. Sony isn’t being specific about the number of individual dimming zones or giving out a peak brightness figure but, given the low price, we’re not expecting Samsung Q90R specs here.

While last year’s XF9005 used Sony’s X1 Extreme processor, the XG9505 gets the same X1 Ultimate chip found in the 2019 Master Series models. With around twice the processing power of the X1 Extreme, the X1 Ultimate adds extra features such as Object-Based Super Resolution, which actively identifies objects on screen and enhances their appearance using intelligent algorithms. 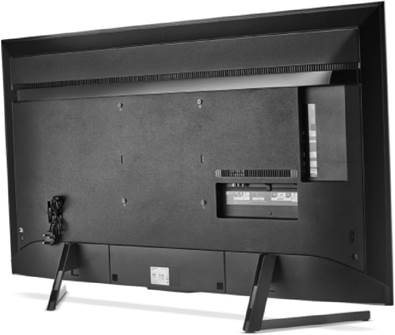 The X1 Extreme’s core features carry over, too, so you still get the likes of Object-Based HDR Remaster (for intelligent contrast enhancement), Super Bit Mapping HDR (which reduces banding), and Dual Database Processing (for cleaner, shaper upscaling).

Those are all Sony-specific picture features, but the company also includes broader TV standards such as Netflix Calibrated (a Netflix-specific set of picture settings) and IMAX Enhanced (for IMAX Enhanced content). On the HDR front, there is compatibility for standard HDR10, HLG and Dolby Vision. HDR10+ is not included, but given the relative paucity of available content, we don’t imagine many potential buyers being put off by that.

Controlled by an Android

Sony continues to source its TV operating system from Google, and the XG9505 has Android TV 8.0 pre-installed. Android TV is responsive and snappy on the XG9505, thanks largely to the abundant processing power on tap. But it’s still a fairly cluttered and unwelcoming operating system compared with the slick, colourful offerings of Samsung and LG.

Android TV does give you access to tons of apps, though, including Netflix and Amazon Video (both in 4K and Dolby Vision), Google Play Movies & TV (in 4K and HDR10) and Rakuten (HD- only) for pay-as-you-go movies and TV, Plex and VLC for playing your own files, and Spotify, Tidal and Deezer for music.

While Android TV itself misses a few catch-up apps, Sony has added YouView, ensuring you get the full selection – BBC iPlayer, ITV Hub, All 4 and My5. The only app absence of any real significance is Now TV, for subscription-free streaming of Sky content. The TV does have Chromecast built-in, though, so you can ‘cast’ Now TV from your phone or tablet.

Connections include four HDMI 2.0 sockets, three USBs, ethernet, an optical output and a dedicated 3.5mm headphone connection. There are also sockets for aerial and satellite. There’s no Freesat tuner on board, though, so few UK buyers will be making use of the satellite sockets.

After years of complaints about its rudimentary, cluttered remote, Sony has finally updated the design. The zapper that comes with the XG9505 is a vast improvement; longer, slimmer and more ergonomic, it is much nicer to hold. It’s also nicer to use, thanks to well spaced buttons that have a nice, positive click.

This is 2019, so voice control is an option, too. It’s better here than on many rivals, thanks largely to Google Assistant being built-in to the operating system.

One point to bear in mind is that those slightly awkward-looking splayed feet necessitate a wide – at least 120cm-wide – support. The TV is relatively light though, so it should be fairly easy to wall-mount.

This is a great screen, but it’s not perfect – and we’re going to get the negative points out of the way first.

The XG9505’s most obvious weakness is its backlight, which doesn’t allow the set to go properly dark and does allow light to bloom around bright objects on otherwise dark backgrounds.

A standard credits sequence is a nightmare for a backlit TV, and this Sony struggles to do justice to the bright, white text without sacrificing a good deal of black depth. In normal viewing, the issue is most noticeable in the black bars at the top and bottom of a widescreen presentation, with light bleeding in from the main picture.

Viewing angles aren’t great, either, with black depth and colour vibrancy quickly lost as you move off-axis – a common issue for backlit TVs.

So, with the bad stuff out of the way, it’s time to focus on the good. Perhaps predictably, given Sony’s track record, 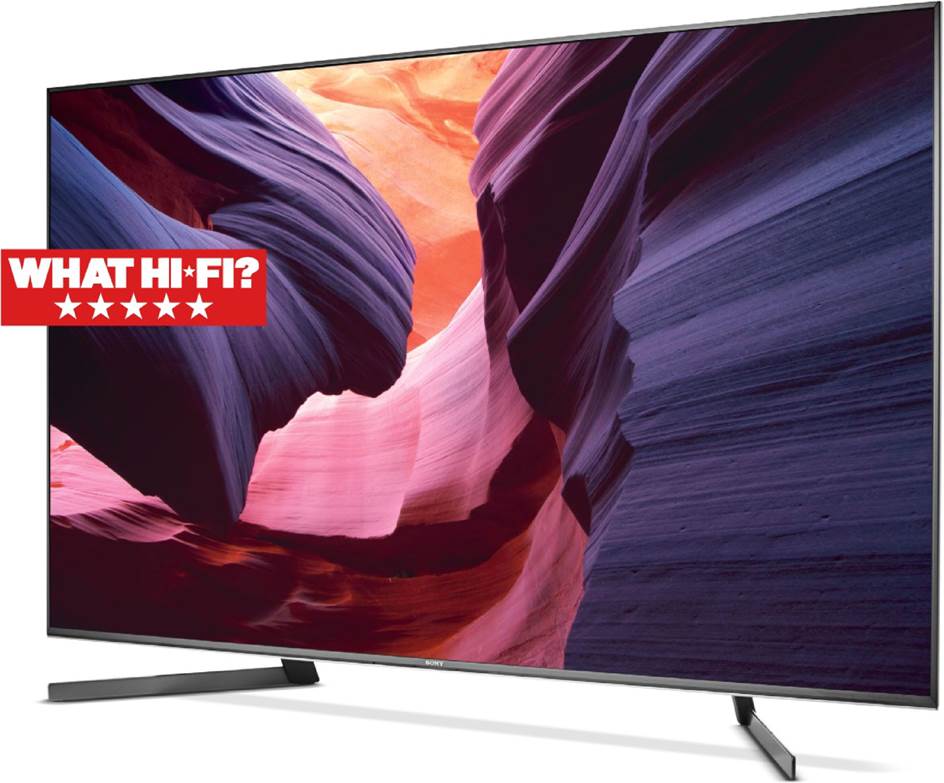 the XG9505’s motion processing is excellent. We prefer the Auto setting to the default Custom mode, but with either option the motion is significantly better than that of even the most expensive TVs from Samsung and LG.

Here you get smoother, sharper motion with much less shimmer and flicker and none of the unpleasant over-sharpening or lack of realism referred to as the ‘soap-opera effect’.

This is also an exceptionally bright and vibrant picture for the price. By default, the picture is somewhat dull, but switch Live Colour to High and the image comes to life, adding punch and lusciousness while steering clear of overexaggeration. The subtlety and nuance remains where needed, so the Sony is able to combine eye-poppingly colourful effects with natural skin tones in the same image.

We play the 4K Blu-ray disc of Alien: Covenant, and the realism of the colour palette is reinforced. The opening scene takes place in an impossibly white room, which the Sony recreates in a bright fashion without washing out the subtle variances in light and shade.

This scene also features a number of close-ups, and the Sony makes full use of the merciless resolution to display every wrinkle, scar and blemish of each character. Detail levels are high in dark images, too, with the film’s many horrific scenes revealed in all of their gory glory.

Lower-resolution, SDR signals are also well handled, with the Sony producing a really clean, low-noise image, even if you go right down to 576p resolution. Colours remain natural and balanced (some films and TV shows will be best served by Live Colour being moved back to Medium), and 1080p films are sharp and detailed.

Sony’s ‘Sound-from-Picture’ approach is generally impressive. Two front-firing full-range speakers are complemented by two tweeters mounted to the rear panel and firing out to the sides, and the whole array creates a wide soundstage with good placement of effects. It’s a crisp, punchy and dynamic sound by flatscreen standards, too, even if the delivery is fairly bass-light.

The best TVs at this size are currently the LG C9 OLED and Samsung Q90R QLED, and it’s impossible to deny that, next to these, the XG9505 lacks black depth, close contrast control and wide viewing angles. But those TVs are vastly more expensive than this one. Take that into consideration and the Sony’s flaws are easy to live with, especially when it has so many strengths – from brilliantly balanced colours, to excellent detail and some of the best motion processing available at any price.

It isn't perfect but, for the price, the XG9505 is clearly a great TV