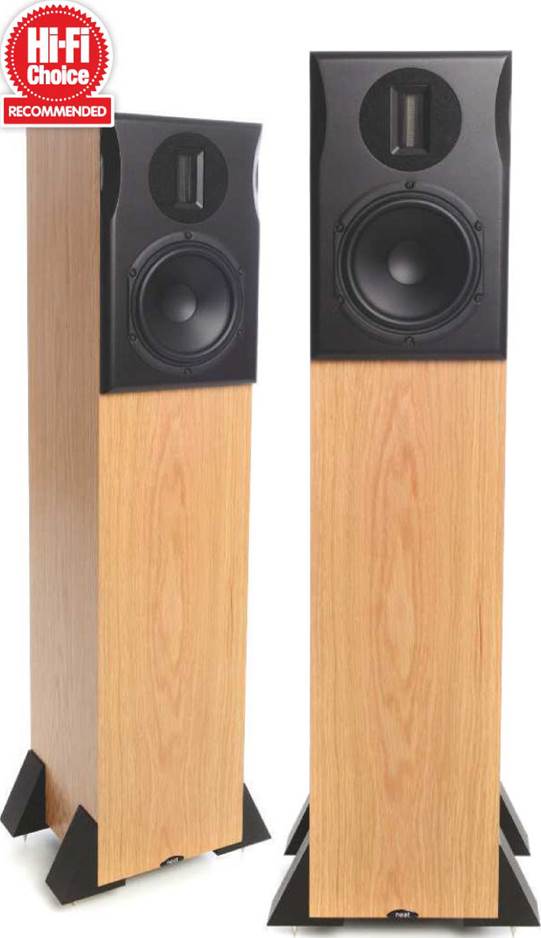 Radical changes to a design philosophy are rare things to encounter in the audio world, but the journey that Neat Acoustics has been on in recent years most definitely warrants the term. Since the arrival of the tiny but brilliant Iota (HFC 357), the company has created a family of speakers in interesting shapes and sizes using a variety of different drivers. Recently, the duo of Ekstra floorstander (Beautiful System, HFC 469) and the Ministra standmount that won the Group Test in HFC 465 have combined a true ribbon tweeter with a 134mm unit in differing isobaric layouts to great effect.

The Orkestra is an enlarged Ekstra, but this description underplays the changes that have taken place in scaling up the smaller floorstander. The fundamental layout is the same, however. An upper section contains a ribbon tweeter; now 75mm in size instead of the 50mm in the smaller speaker, combined with a 170mm polypropylene mid/bass driver. Like the Ministra, the upper section is not sealed instead going with a small rear port which, unlike the standmount, has a foam cap in it.

170mm drivers – this time arranged in a downward-firing isobaric pair – which act like a passive subwoofer for the drivers above. This is something of a Neat design standard and means the Orkestra has tremendous low-end heft – 20Hz is quoted, albeit with no roll-off given. Thanks to the drivers pointing down rather than out and a large, fairly low velocity port, it means that the Orkestra is intended to be unfussy about placement.

The basic design is recognisably similar to the Ekstra. The forward­firing drivers are mounted in a specially sculpted baffle that is partially decoupled from the cabinet by means of a membrane sat between them. It’s built as standard for single wiring to an amplifier, but you can order it fitted for bi-wiring should you wish. The lower-firing drivers are kept clear from the floor by metal outrigger feet and spikes. Unlike the Ekstra, the Orkestra has four.

The cabinet proportions have changed to leave the Orkestra looking more substantial than the Ekstra, which is only fractionally shorter but a good deal narrower.

Designed in part to replace the Momentum floorstanders that occupied the space between the entry-level Motive and flagship Ultimatum ranges, the fact the Orkestra boasts the same driver layout and similar proportions is encouraging. The Momentum had the ability to hit harder, go faster and deliver the emotional content better than almost anything else at the price.

Neat quotes 88dB sensitivity, but the Orkestra does its best work with a little current behind it. A Cambridge Audio Edge A fulfils the requirement well and from the off demonstrates the goal of unfussy positioning is largely achieved too. So long as you don’t jam it into a corner and ensure the floor it is placed on is fairly solid, the Neat is happy to perform.

And perform it does. The increase in cabinet size and radiating area over the Ekstra takes a loudspeaker that was already capable of delivering impressive low-end extension and ups the ante to create something that is effortlessly full range. Listening to A Wonderful Hope by Late Night Final is wonderfully invigorating. The slow building Thank You is underpinned by serious bass and is reproduced with effortless heft that has no trouble bridging the threshold where you feel as much as hear it.

Crucially, it deploys this extra clout with the same finesse as the smaller models and the Momentum. Ask the Orkestra to deliver the joyously ballistic Be My Guest by Working 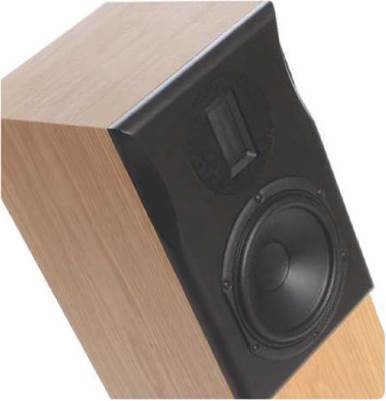 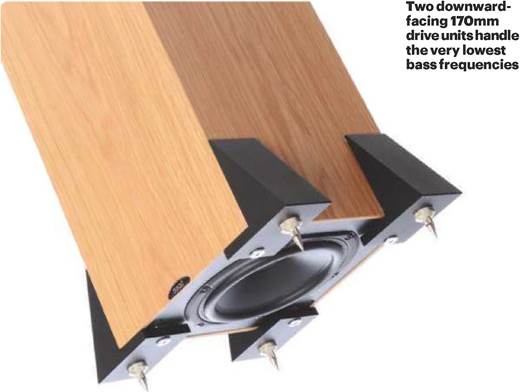 Men’s Club and it gives a performance that is everything you would expect of a Neat floorstander. The heavyweight synth and percussion have room­loading impact, but there’s not a hint of the overhang or sluggishness that can sometimes come as part and parcel of bass like this. Instead, you have sledgehammer force wielded with scalpel like precision.

This is more than a rehashed Momentum, though. The work that Bob Surgeoner and the rest of the team at Neat have been doing over the last few years with ribbon tweeters has resulted in a generation of speakers with extraordinary attributes. Listening, for example, to the gorgeous collaboration between the Heliocentrics and jazz legend Lloyd Miller is a demonstration of its truly outstanding tonality. Every instrument, every nuance and action of the band sounds wholly convincing. The crossover between the ribbon and midrange is a comparatively high 3.5kHz, but you’d be very hard pressed to tell from listening alone and the Orkestra has a balance of refinement and high- frequency energy that can leave even talented alternatives sounding a little flat in a side-by-side comparisons.

The biggest change, however, is how free of cabinet colouration this bigger speaker feels. For the avoidance of doubt, neither the Ministra nor the Ekstra is anything other than good, but the Orkestra performs in a manner that is a step change again. So long as a little care is taken with toe-in, it has the ability to disappear into a convincing stereo image that works superbly across a huge selection of music. Much of this is down to the smart decision to use a downward-firing driver. This seems to effectively reduce the audible cues of where the bass is coming from, which – combined with the lower drivers not doing anything at all above 80Hz – is enough to give them a useful omni directionality.

This is more than just a ‘big Ekstra’. The Orkestra takes everything that the slimmer floorstander does so effectively and adds a level of scale and effortlessness that ensures it will tackle pretty much anything you care to throw at it with assurance and genuine talent. You can buy prettier speakers for the asking price and they will need to be driven rather than powered, but so long as you can meet these two requirements you have a speaker that is capable of truly extraordinary performance that is hard to rival at the money. Neat’s evolutionary journey continues to deliver the goods and it’s fascinating to see where it takes us next

Fyne’s F702 (HFC 450) is one of the few speakers that can match the Neat’s prodigious low end and sense of scale. What it cannot do so easily is deliver the same speed and attack. It is also quite a bit bigger and needs more room around it. The Fyne is more expensive, but looks a little smarter. Both are magnificent speakers, but the Neat’s ability to combine savagery with refinement just about edges it.