This third-generation integrated amplifier is more turntable friendly than ever, but Ed Selley says this is only part of the story. Read our Naim Supernait 3 Review. 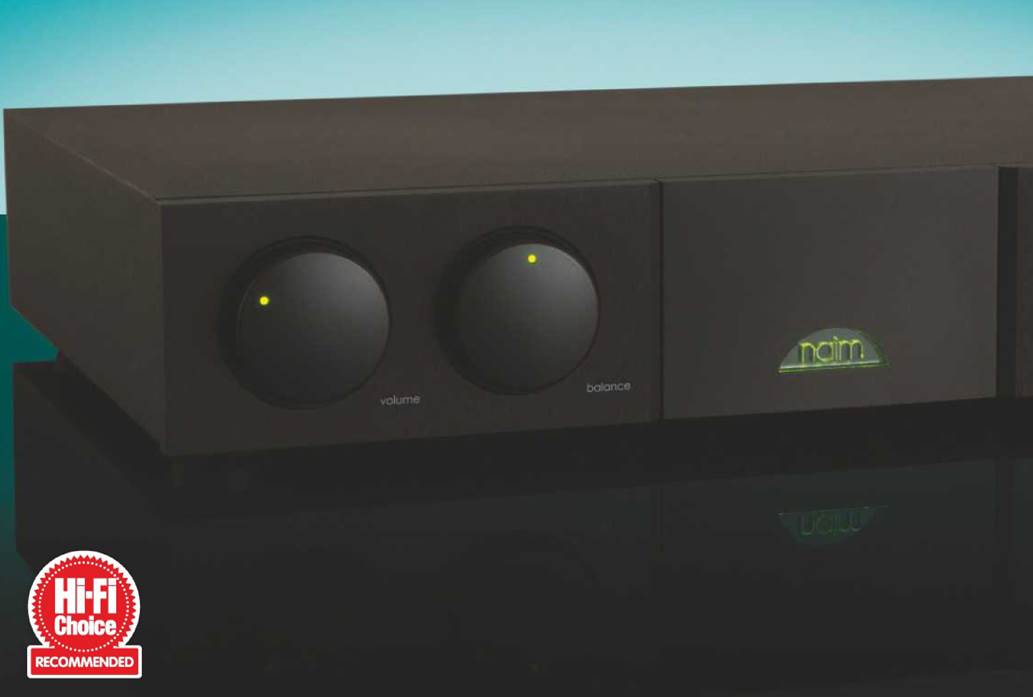 It’s just over 12 years since Naim first released the original Supernait. At the time, it represented a fairly radical departure for the Salisbury- based company, which, prior to then, seemed to view integrated amplifiers as an entry-level tier to its product range. By contrast, the introduction of the first Supernait was a rather more serious undertaking and introduced digital inputs – something that was a fairly radical notion back in 2007.

It’s a reflection of the times that the Supernait 3 has a rather different specification to its ancestor. The digital inputs and DAC are gone – having disappeared with the arrival of the Supernait 2 in 2014 – and it’s equipped with a moving-magnet phono stage – something that has been absent from Naim amplifiers since the classic Nait 3 of the mid-nineties. As with the recently introduced Nait XS 3 reviewed in HFC 454, the built-in phono stage is the

Supernait 3’s main new feature but it is far from the only area where things have changed.

At first glance, though, it’s not obvious what those changes are because the headline specs don’t look significantly different from its discontinued predecessors. Power output remains rated at 2x 80W into 8ohm – 2x 130W into 4 – and the general information given doesn’t suggest a radical upgrade, but dig a little deeper and the design adjustments start to become clear.

The most notable change is the removal of the cascode stage in the output. This has been a feature of Naim integrated amplifier designs for a very long time, but thanks to carefully optimising the second stage gain transistors the need for it is eliminated and the amplifier stability is said to improve as a result. This means the slew rate – the change in the output voltage relative to the input – doubles and translates to a sonic improvement, says Naim.

This is partnered with further refinements to the power supply arrangements, which were already fairly extensive to begin with. The

Supernait 3 has a larger transformer than before partnered with a 24V Discrete Regulator (DR) module to power the preamp section and in the Naim tradition, this can be augmented with an external PSU.

As with the Nait XS 3, the audio circuitry employs the same isolation techniques and chassis-mounted sockets hand wired to the boards.

The phono preamp is split into three stages: gain, passive equalisation and

active equalisation. It features through-hole mounted film resistors for reduced noise and microphony. At the asking price, the Supernait 3 does face rivals that offer a phono stage with moving-coil cartridge support, but it retains the power and signal DIN connection that enables it to be used with the company’s StageLine or SuperLine external phono stages.

In keeping with Naim tradition, line-level inputs are available via both RCA and DIN connections, while the MM phono stage input is stereo RCAs only. A Class A headphone amplifier with a 6.35 mm front-panel socket is also fitted.

Aesthetically, the Supernait 3 is almost indistinguishable from its predecessor. Naim has developed some striking-looking components during the last few years, but its Classic Series has long been a watchword for tradition and consistency known for its high levels of build quality and features such as the Alps Blue Velvet volume control and on the back of the unit the 3.5 mm IR input – enabling it to be controlled via the Naim app when partnered with a matching streamer – remain in place.

The Supernait 3 review sample slots straight into the space vacated by my resident Supernait 2 amplifier, which remains on hand to allow me to compare the two. My first impression is a performance that’s immediately recognisable as being from a Naim product, although the changes introduced by the latest-generation model are even better than what’s come before.

Where the Supernait 3 stands out as significantly different from both of its predecessors – and indeed almost any Naim device I’ve experienced before – is the amount of delicacy that’s now on offer. A 24/96 download of Emily Barker’s Disappear is a bare-bone recording that delivers the sense of musicians being in the room, thanks to the amp’s ability to capture the nuances of the instruments and the arrangement of the performers that’s beyond what I’ve come to expect from previous integrateds. Not only are the strings of the violin and cello tonally rich and believable, but there is far more sense of the slurring movement from note to note.

Cumulatively, what the additional detail and spatial ability adds up to is a Naim amplifier that has a far greater ability to create a believable soundstage. The presentation has gently opened up with each Supernait incarnation, but up until now it has

tended to sit between the speakers and deliver a focussed performance that feels fast and immediate. Now with the Supernait 3 it extends beyond the speakers and gives larger-scale music space to breathe.

What is vital, though, is that none of the sense of three dimensionality is at the expense of any of the virtues that made previous versions so enjoyable. Connected to my resident Neat Momentum 4i floorstanding loudspeaker, the Supernait 3 tears into the fury of Sturgill Simpson’s Best Clockmaker On Mars – a 24/96 stream via Qobuz – in a manner that is entirely satisfying. The deep but controlled and detailed bass that starts and stops with absolute precision means that it always sounds utterly assured in a way that only a scant number of rivals can match (see How it compares, overleaf). 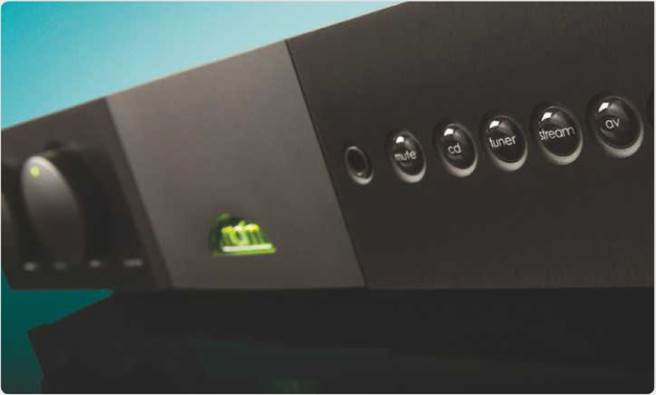 And what of the built-in phono stage? Running via my GyroDec turntable fitted with a Nagaoka MP-200 moving-iron cartridge (HFC 434), the Naim gets all the basics right. Noise at idle is effectively non existent and while Naim has set the phono stage circuit up for a 5mV input, there’s no shortage of gain with the claimed 4mV output of the MP-200 meaning that it should handle all but the most anaemic of ‘high-output’ moving-coil designs. The grounding post at the rear is a little tricky to get to, but otherwise setup is completely straightforward.

The evocative live performance of Silent Alarm by Bloc Party really benefits from the Supernait’s newfound sense of space. The vast presence of the audience is readily perceivable and the placement of the band on the stage is recreated with an assurance that means you listen to the music rather than trying to discern what is going on. In absolute performance terms, attaching the company’s StageLine phono stage to the powered input on the back will probably edge it, but the differences won’t be significant and if the moving-magnet cartridge that you’re using is in the £ to £ price range, I can’t see anyone being anything but entirely happy with the Supernait 3’s vinyl handling.

As a direct carry over from the preceding Supernait, the built-in headphone amp is good rather than great. Even with the relatively benign load of Audio-Technica’s ATH-A2000Z headphone (HFC 412), there’s not a

The deep, controlled and detailed bass starts and stops with absolute precision

huge amount of headroom and the sound tends to harden up when levels are higher. Used within its performance envelope it’s a fast and invigorating listen, but it isn’t ideal for more serious headphone listening. As a convenience feature for occasional use it is entirely up to the job, but more serious headphone users might want to consider an external headphone amp such as Naim’s own HeadLine design.

PMC’s Cor integrated (HFC 441) is the closest competitor that I have tested. Both designs combine effortless neutrality with the ability to have fun. The PMC offers more power rated at 2x 95W into 8ohm and has a better headphone amp. It also has remotely adjustable tone controls, but after this the Supernait 3 holds the advantages. For around £ less, it has a built-in phono stage, is just as well made and is more entertaining than the PMC Cor, making it something of a bargain.

In every other regard, though, this is a consistently talented and much less picky integrated amplifier design than its predecessors when it comes to partnering equipment and works just as happily driving Neat’s Momentum 4i floorstander as it does Focal’s Kanta No.1 standmount (HFC 454). How it performs with Bowers & Wilkins’ 805 D3 standmount – see Beautiful System in HFC 455 – is the most telling, though, and demonstrates the tweaks made to the Supernait 3’s power supply arrangements with an impressive amount of grip and drive applied to its handling of the speaker.

For similar money, there are rivals with higher claimed power outputs, but the Supernait 3 is unlikely to find itself at a disadvantage. It offers a thoroughly useful set of connections that come in a chassis that is superbly finished and extremely easy to accommodate. The truly brilliant aspect of the Supernait 3 is how it further evolves the Naim sound without feeling like there has been unnatural or wholesale change to what has appealed to listeners before. It still hits hard and goes like the clappers, but when you need a little more nuance, it effortlessly provides a high level of subtlety and is one of the most accomplished integrated amps I’ve heard and a true all-rounder