This is the third set of PC speakers with multi-coloured LED lights we’ve seen recently, even though we’d previously never tested a set of PC speakers and bemoaned its lack of multi-coloured LED lights. Logitech has made the nicest use of the illuminations, with backward-pointing lights that shine on to the wall behind your PC rather than just the desktop. Lightsync can match colours with whatever’s on screen, like Philips’ Ambilight TVs, but only in supported games. The alternative is to have the lights react to sound. It’s attractive, but if you don’t sit facing a wall you won’t see much until someone approaches your desk and gets lit up like a Christmas tree. 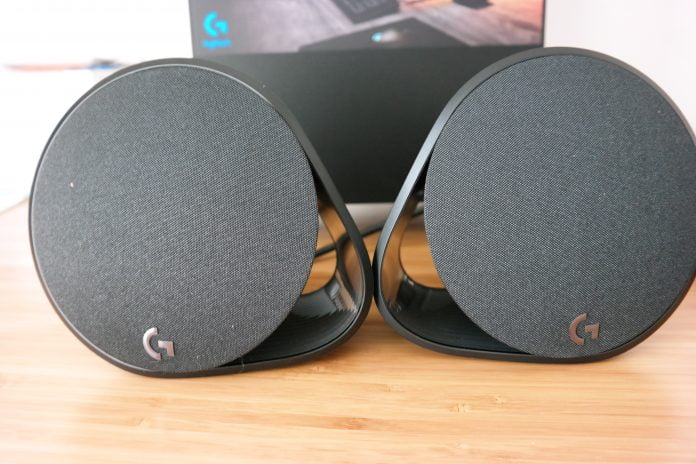 As for the sound, the G560’s stereo tweeters and floor-mounted subwoofer pump out 120 watts RMS, which is more than enough to disturb the neighbours.

In fact, we found even a fiftieth of the maximum volume was pushing it.

Bass is definitely a priority, emphasised by the default equaliser setting, which you can change. But it’s well handled, giving a rich sound down through the mid bass and a proper rumble at the bottom end. Treble isn’t so noteworthy, but topped off by nice crisp highs, and there’s a good sense of stereo sound stage.

As with Creative’s Sound Blaster Kratos S5, it’s the mid-range frequencies that disappoint, letting vocals and speech sink into the background in just the way you don’t want.

More attractive than the Kratos S5 and beefier than the Razer Nommo Chroma, this is a good Bluetooth LED speaker set.

Elegant they ain’t, but these are adequate speakers with basic LEDs for much less 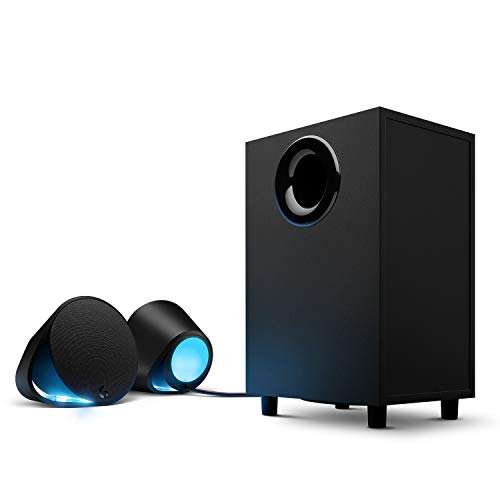 7Review earns Amazon affiliate commissions from qualifying purchases. You can support the site directly via Paypal donations ☕. Thank you!
We will be happy to hear your thoughts