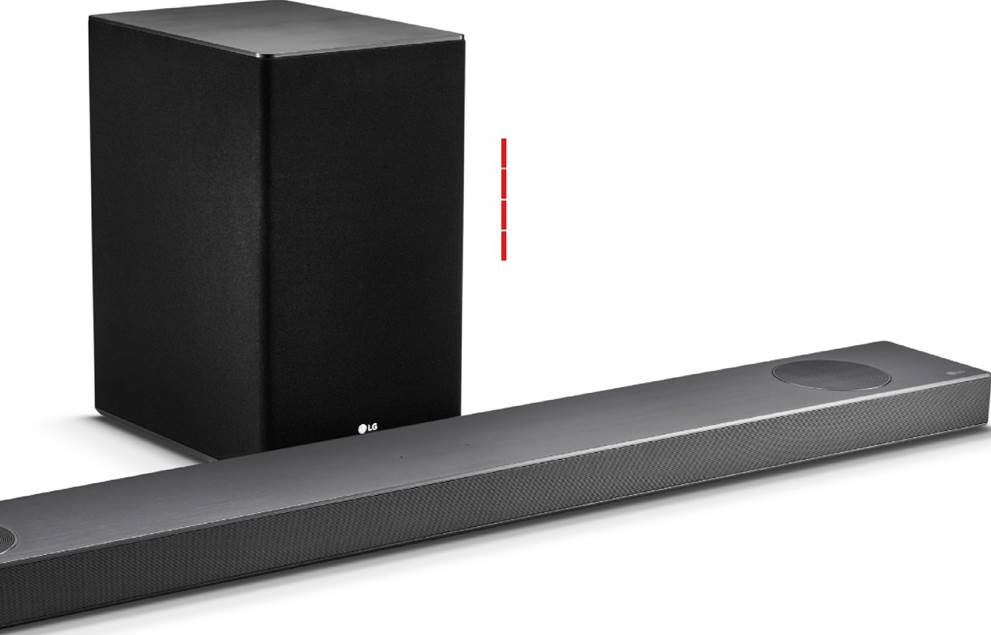 “Sometimes you gotta run before you can walk,” Tony Stark tells his virtual assistant in Iron Man, as he tries out his new MkII suit for the first time. But what may be sound logic for a Marvel superhero character doesn’t transfer to a cutting-edge soundbar, where nailing the basics is crucial. And it seems LG could do with a little reminder of that.

Those upward-firing drivers aim to make the most of Atmos soundtracks by increasing the height of the soundfield, which they do very well indeed. We stream Mowgli: Legend Of The Jungle on Netflix in Atmos, and the jungle takes on an atmospheric, ambient dimension. There’s real height to bird song, swooping eagles, rustling leaves, buzzing flies and squealing monkeys in the canopy, which occasionally cause us to shift our eye-line to the top of the TV.

In Lost In Space (also via Netflix), gusts of atmosphere whirl around the above it, while in Bohemian Rhapsody (4K Blu-ray) the Live Aid crowd participation audibly 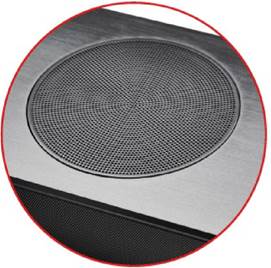 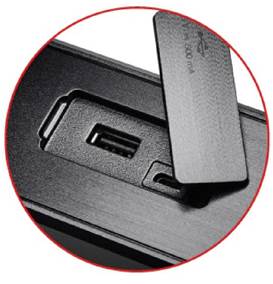 Along with a range of wireless and wired connections, there is also a USB socket 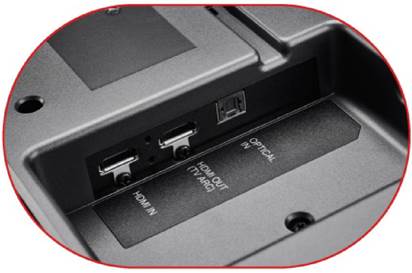 You can hook the soundbar up to your television via the HDMI sockets (HDMI ARC output, HDMI input) or optical

fills the height channels. You don’t get the sense of them enveloping you, as with a discrete Atmos system, but their unique contribution is especially clear when we compare the non-Atmos disc through the SL9YG.

It’s all done quite subtly, although you can adjust the balance of the upward drivers using the remote if you want the effect to be more stated. It’s worth noting that by pressing the remote’s ‘info’ button you can see whether the bar is receiving and playing an Atmos signal.

Within the constraints of a soundbar, compared to the ‘real deal’ surround sound package with ceiling speakers, the Atmos promise is more or less delivered on. The problem is that the LG falls short in more basic sonic areas.

It’s an impressively loud, full-bodied and bass-laden sound that’s hard not to be immediately impressed with. Voices have substance, volume is abundant and action scenes have a sense of pace and emergency to them. The SL9YG races through the soundtrack that scores the wolf hunt in Mowgli, while the subwoofer makes the most of the rumbling of elephant stampedes and Shere Khan’s growls.

But while you can identify Christian Bale’s voiceover behind the moving mouth of the animated black panther, Bagheera, his booming baritone sounds unnatural and unforgivingly hard-edged.

The subwoofer steps in to thicken out his voice somewhat, but that brings another problem: a lack of integration between the bar and sub causes notable suffering in the midrange/upper-mid frequencies. They are lacking in presence, clarity and insight and the tonal balance feels skewed, no matter

“With Dolby Atmos certification, the SL9YG has been designed to create the most immersive audio experience from the convenience and relative affordability of a single bar”

how much we play with the EQ settings. Ultimately, we are left craving a more solid, warmer and smoother sound.

Detail is fine, if not particularly nuanced, but in terms of both dynamic range and punch the LG leaves much to be desired, especially when compared to the likes of Dali’s similarly priced, five-star Kubik One.

Beam me up (and down)

While the soundfield certainly beams in every direction, the presentation feels shy to come out towards your listening position, let alone further out into a room. That could be due to the possible tuning of the bar with LG’s optional wireless rear speakers (SPK8-S), which would undoubtedly aid a more enveloping soundfield.

That lack of midrange transparency and solidity means the LG doesn’t do justice to a hi-res music library. We stream Biffy Clyro’s rendition of The Modern Leper and even in the preferred ‘Music’ mode, the presentation feels mashed. It doesn’t try overly hard to peel more than the surface layer of Ludovico Einaudi’s piano playing either.

Aside from the sound, the LG SL9YG is versatile and has plenty of useful features. There are network streaming smarts and built in wi-fi, trumping many of its rivals, including our favourite at this price, the Dali.

The LG soundbar delivers on its Atmos promise

The SL9YG supports Google Chromecast, allowing you to stream music directly to the soundbar from compatible apps such as Spotify, Tidal, Deezer and Google Play Music. Hi-res files (up to 24-bit/96kHz) stored on your network can be played back directly via Bluetooth, while you can also hook it up to your TV via HDMI (HDMI ARC output, HDMI input) or optical. A USB socket completes the connections list.

LG’s commitment to the Google platform extends to built-in Google Assistant voice control, so you can use the soundbar’s mics to ask questions, control playback and drive a Google- based multi-room music system. You can initiate commands with a simple “Hey Google” or by pressing the dedicated Assistant button on the remote.

If you’ve splashed out good money for a slender new TV, you will be looking for something equally attractive to complement it. LG has come up trumps with the SL9YG’s sleek, height-conscious casing and brushed silver finish. The top touch buttons and front-facing LED display are discreetly placed too. Size-wise, the SL9YG has been designed to stretch neatly across the width of a 55in TV, however, it looks equally at home in front of 50in and 65in sets.

LG clearly aims to be at the forefront of soundbar technology, and the Dolby Atmos certification on the SL9YG – and a number of its other soundbars – is designed to create the most immersive audio experience from the convenience and relative affordability of a single bar.

It implements the surround sound technology well – which makes its sonic shortcomings even more of a shame.

To truly recommend a soundbar, we need a better integrated, more dynamic and solid sound. But unfortunately, the SL9YG is a classic example of the company trying to run before it can walk.

Implements the Atmos technology well, which makes its basic sonic flaws all the more disappointing