A ll too often, mid range models can fly under the radar. It was thus with some surprise when we were sent a unit of HTC’s One X9 smartphone, which was released earlier in January this year.

The HTC One X9 is of the same class as the One A9, but features design differences. 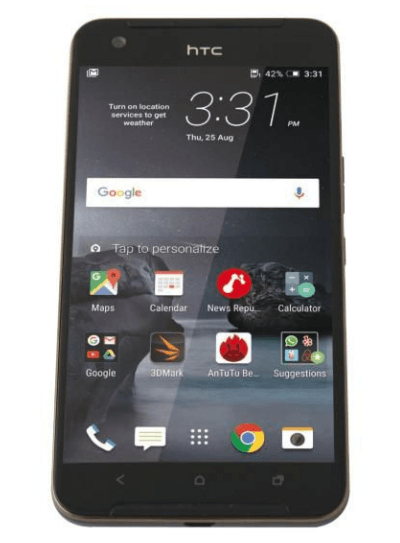 Although it sports the same metal body, the One X9 is taller due to having a larger 5.5-inch screen. It’s also noticeably thicker at 8mm, making it slightly beefier, especially on the sides. One major upgrade we’d like to point out is the inclusion of the Boomsound speaker set that can deliver better audio; more on that later.
For one, the audio jack is at the top on the One X9. Then there is the micro USB charging port at the bottom, as well as the dual SIM card and micro SD slots at the sides, which are covered by plastic flaps instead of the more typical pop-out tray. The volume rocker is also on the right side, At the back, there’s an off-centered 13MP camera with dual-LED flash.

Holding the One X9 felt a little uncomfortable at times. The thickness of the device makes it fee bulky and it digs into palms. It offers good grip, however, and has a solid build quality thanks to the metal body. The Helio X10 chipset, more specifically the PowerVR G6200 GPU component inside, is a little dated by now. Still, it remains a great mid range workhorse and barring the micro stutters during transitions, allowing us to comfortably use the One X9 for web browsing, photography and video streaming without issues. Another thing to note is that how the device can become warm to the touch, particularly when using programs like benchmarks, using the GPS, or playing games with high requirements.

Audio is what really wins big brownie points for the One X9, with the Boomsound speaker set and the Dolby Audio feature combining well. Its max volume isn’t the loudest we’ve seen, but it can output sound quality that’s impressive enough for a smartphone. 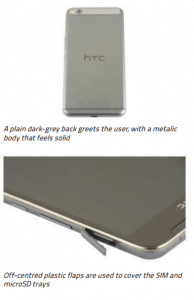 Camera performance is a bit of a let-down here. Not only does it lack modes, it’s rear camera is average at best and the front camera’s sensor isn’t wide-angle, which is common in mid range devices. The rear cam can take some good shots under sufficient lighting, but low-light shots result in a lot of noise and the auto white balance gets rather inaccurate.

All things considered, the One X9 is a decent  midrange device that excels most with  its audio quality. However, at the price it  commands, it’s hard to recommend it to  anyone