Now, Canon has taken the idea of a native 4K LCOS projector and added a laser engine. The Realis 4K600STZ has been aimed at those venues that need added clarity and detail. These venues include medical facilities, museums, simulation facilities, and even planetarium applications. 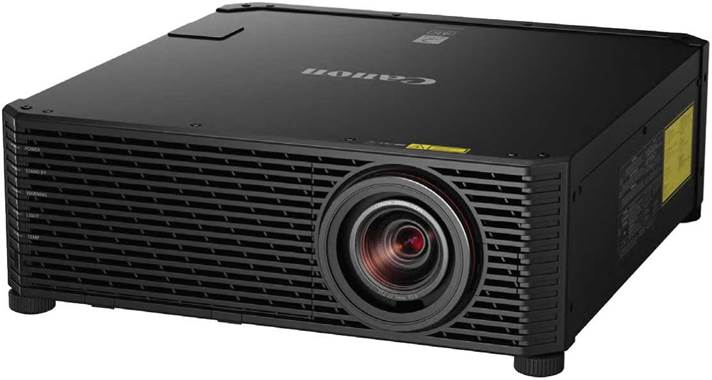 The 4K600STZ is a native 17:10 aspect ratio, full 4K resolution (4096 x 2400) projector and provides 6000 Lumen light output, in a 57.3 lb. package. Even as bright and impressive as this projector is, it still is a quiet 37.0 dB at full light output. The projector includes four DVI-D connections and two HDMI 2.0a, HDR capable connections. No, there are not any analog connections found here.

The projector includes respectable lens management. All functions are electrically controlled, including zoom, focus, and lens shift. While there are no alternative lens options, the supplied lens is of the quality we have come to expect from Canon. The provided lens has a somewhat short variable throw range. The lens ratio is from 1.0 – 1.3:1, so this projector needs to be installed a little closer to the screen than many other projectors. Lens shift on the 4K600STZ is adjustable in both ver­tical (0% to 60%) and horizontal (±10%) planes.

As just a reminder, Canon is known for using LCoS (Liquid Crys­tal on Silicon) engines. This projector provides the high-quality color accuracy expected from the Canon LCoS technology to create projec­tors that are capable of very accurate color reproduction. In the case of the 4K600STZ, it includes a DICOM simulation mode to meet the medical imaging requirements.

I’d also like to share a little about 4K. Today, we hear a lot about 4K and Ultra-High Resolution (UHD) and while we use the two terms interchangeably, they are not the same. UHD is a slightly lower resolu­tion, 3840 x 2160 and true 4K is 4096 x 2160. This may seem like a small difference, but to the content producers it is significant. 4K is a professional production and cinema standard and UHD is a consumer display and broadcast standard.

So with a little knowledge about 4K, we turn to projectors. There are two types of 4K projectors available. One version creates 4K from a 1080p panel and the other uses a native 4K engine. The version that uses a native 1080p panel creates the 4K image through a process called Pixel shifting. These pixel-shifting projectors use each pixel 4 times by manipulating the pixels to generate the higher resolution image. Why two versions? Simple. Cost. Creating a 4K, pixel shift projector is far less expensive than using the much more expensive 4K chip(s).

Canon has developed a projector that is all about image quality. From the native, true 4k engine to a lens with some very special fea­tures. And, Canon has included almost every feature I could ask for in a projector.

Let’s look at the lens first. For now, there is only one lens and while it has a limited zoom range, it carries an impressive pedigree. All of the knowledge that Canon has gained by creating high-quality capture lenses has been put to use in developing the lens for the 4K600STZ. It may not be obvious to the non-technical consumer, but as the need for higher resolution grows, the complexity of the optics also increases, as does the cost. When the projector can produce an incredible image, the lens must be capable of maintaining accuracy from the center of the image to the corners and not add any distortion. The lens has a range of 1.0 – 1.3:1.

The lens has another clever feature that makes it special. In the case of the 4K600STZ, Canon has developed a lens with a feature called Peripheral Focus. What peripheral focus provides is the ability to offset the edge focus away from the center plane. In this case the offset can be as much as 3 feet. Now that may seem to be excessive, but if you con­sider that the projector can be used to create a single-channel planetary image (projecting a star-field into a dome), it is indispensable.

The motion blur reduction is a feature that was of particular inter­est. We have all witnessed the effects of high-speed motion on a large image. For me, it is quite annoying. So, to see that the 4K600STZ incor­porates a blur reduction feature, I had to play with it. Canon has pro­vided two levels of operation “weak” and “strong.” In my testing, there was a bit of a balance between limiting the blur and the fact that the image was slightly darker and, in some scenes, seemed to evidence a very small amount of flickering. For me, the blur reduction in the weak mode looked good, while I really noticed the flicker in the “strong” mode. I had a little trouble at first until I realized that this feature is not available in the DICOM mode.

While I am touching on the image quality, Canon has included sig­nificant color and grey-scale adjustment. In most of the projector lines from Canon, DICOM emulation is found in a separate and more expen­sive model. In the case of the 4K600STZ, DICOM is just another fea­ture that Canon included. With the six-axis color adjustments available, the projector allows trained technicians with the right tools to create a product summary 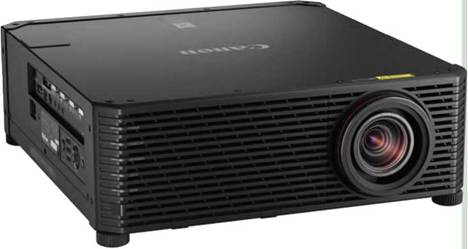 color image that is about as good as it can get.

I really wanted to see how accurately the 4K600STZ could reproduce a 4K color image, since I got the opportunity to really see what this projector could do when it came to color accuracy. I will not get too geeky here, but I found myself trying to see how far I could push the color adjustments. I will admit to spending more time than I planned, but the results were impressive. I rarely see projected images that look that good. Using the DICOM settings and the six-axis color adjustments, I was impressed with the end result. The final image was as good as anything I have ever seen.

When I tested this feature, I was impressed with the side-by-side images that were natively displaying at full 1080p resolution. I also pushed 4K HDMI 2.0 signals to the projector with very nice results. I was not able to test it (I did not have a source that could provide the necessary signal), but, the two HDMI connections can be used to project a single 4K image with a 60Hz refresh rate (vertical frequency signal) from a capable source.

The DVI-D connections are intended to allow for a true 4K image from a multiple output video card. This is particularly important if your application is simulation display. The four DVI-D connections also allow for four separate images in a variety of combinations from side- by-side to a 2×2 configuration to be displayed as well.

With all of the capabilities of the 4K600STZ, of course it provides for edge blending. As a reminder, to be capable of edge blending, color, brightness, and black level need to be adjustable along the edges of the image within the overlap zone. This projector includes tools like mark­ers that make the blending process much easier. The manual provides clear instructions for those who are up to the task.

When it comes to the networking capabilities of the Canon 4K600STZ, it has both wired and wireless network access. The projector is com­pletely manageable via the network. It is compatible with PJLink, AMX Device Discovery, and Crestron Fusion RoomView. The projector is also capable of sending service alerts via email.

I just wanted to touch on the service requirements of the 4K600STZ, which are minimal. The laser engine provides even lighting for a long time, typically 20,000 hours. Here again, Canon has developed the pro­jector that needs minimal maintenance. Yes, the filter needs regular care, but only every 10,000 hours. So, you’re only going to be changing filters twice over the typical life of the projector.

The Canon 4K600STZ is a great combination of laser light and LCoS technology. The resulting unit provides bright, and very color-accurate images. Canon has developed a projector that is clearly aimed at those applications where high-resolution is necessary and color accuracy is mandatory. This projector is not inexpensive, but it delivers impres­sive value. If you’re in need of a projected 4K image, the Canon Realis 4K600STZ delivers amazing image quality and great color accuracy. 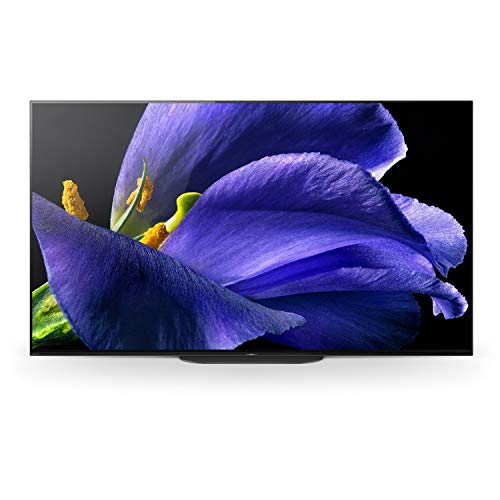 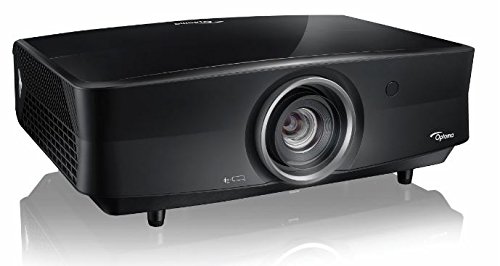