Audio-Technica has a reputation for producing high-quality headphones, microphones, and turntable accessories, and with the release of the ATH-M50xBT wireless headphones, it promises studio quality audio without the cord. 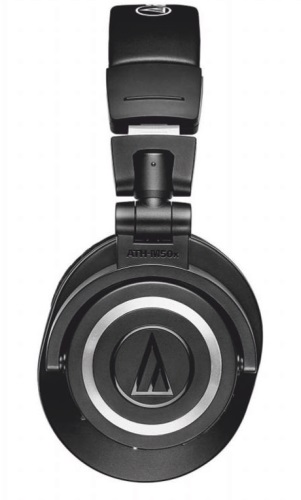 The ATH-M50xBTs which is a decent price to pay for quality wireless over-ears – you’re generally looking at spending anything for high-end models like the Beyerdynamic Amiron Wireless.

The new headphones look pretty much identical to their wired ATH-M50x predecessor, in that they are a hybrid between professional studio headphones and ones for casual listening. This means the ATH-M50xBTs look suitably industrial, with a chunky padded headband and a thick hinge where the cups connect to it.

If you’re after a subtle design, these headphones probably aren’t for you, but the heavy duty design does come with some benefits, particularly as you can handle them quite roughly without worrying about them breaking.

They feature a collapsible design, with the ear cups able to rotate 90 degrees, which means you can fold them down and pop them into the included carry pouch when you’re finished with them. You can also wear them around your neck without the headphones’ cups feeling uncomfortable.

The ATH-M50xBTs come in a sleek silver-and-black color scheme, with a silver ring encircling the Audio-Technica logo on the back of the left and right casing – overall they look pretty good. Right now, that’s the only color scheme available, but it would be great to see them in a lighter neutral color like tan or white, which may make them look a bit less unwieldy.

The ATH-M50xBTs are designed for really high-end audio performance, with 45mm drivers and a frequency response range of 15-28kHz, and it shows – you’ll be very impressed with the warm, well-rounded sound these headphones provide, particularly as wireless headphones don’t always measure up to their wired counterparts. You can also plug them in with the supplied 1.2m cable if you prefer.

Mid-frequency audio, like vocals, is where the ATH-M50xBTs really shine, with a smooth, detailed sound. To put them to the test, we tried them out with some complex vocal harmonies – we listened to Ragged Wood by Fleet Foxes, and were blown away by the clarity of its textures and sonic layers when reproduced by the headphones.

Closed-cup headphones like the ATH-M50xBTs can sometimes have a boxy quality to the mid-ranges, which makes it sound as though you’re listening to music through cupped hands. That isn’t a problem here, with the headphones offering a good level of precision.

The bass frequencies are punchy, and don’t linger for too long in the soundstage, although if you’re a real bass-head you might not be entirely convinced – they aren’t thumpy enough to feel the sub-bass reverberate throughout

your body. However, this is largely a matter of taste, and if you’re looking for sonic clarity, you’d probably want to avoid overly bassy headphones anyway. The aim of the ATH-M50xBT headphones is to deliver sound that’s as close as possible to the original recording.

We felt there could be a little more sparkle in the highest frequencies, though, especially when listening to the clattering percussion in Yosi Horikawa’s Bubbles. That’s not to say the higher frequencies don’t come across well, it’s just that they feel a little relaxed.

This is common in commercial headphones, as too much treble can cause listening fatigue, and you only need it for super detailed listening – for example, if you are a sound editor or producer. Saying that, as the ATH-M50xBTs were modelled on professional studio headphones, it seems strange to take away the option for this kind of analytical listening experience.

The ATH-M50xBTs are pretty comfortable to wear for long periods with soft ear cushions and a lightweight headband. Thanks to the closed cup design, the sound isolation works really well, so you won’t disturb people around you even when you’re listening at high volume.

Bluetooth connectivity is very good, and you shouldn’t have any issues connecting to your devices quickly, and we didn’t experience any drop outs.

Battery life is very good, too – Audio-Technica says they should last for 40 hours on a single charge via the Micro USB connector (which takes seven hours to go from 0-100 percent), and you can always plug them in via the 3.5mm jack should you run out of juice on the go.

Holding your finger on the left housing for two seconds activates your smartphone’s voice assistant, and it’s compatible with Google Assistant as well as Apple’s Siri. We used the headphones to call a friend via Siri on an iPhone 6s, and although we could hear them fine,

they found that our voice was slightly muffled and difficult to hear. So, we wouldn’t recommend making important phone calls with the ATH-M50xBTs, but in a pinch they’d be okay.

Overall, the ATH-M50xBTs are a fantastic pair of headphones, with impressive sound quality, connectivity, and comfort.

Compared to similar high-spec models, they are pretty good value for money, particularly as they have wireless functionality, which can usually push prices up. 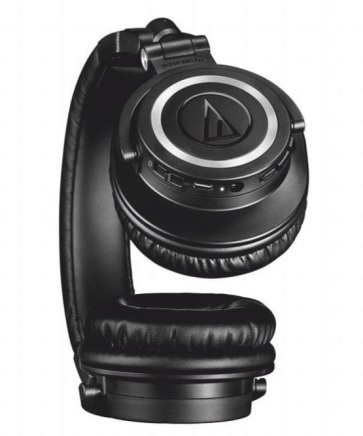 We’re very impressed by the audio quality overall, although if you like your music really bassy you may be disappointed, and we feel the treble frequencies could have had a little more sparkle.

They also look great – but they are not subtle, and if you don’t like the clunky studio look, you probably won’t like the industrial design of the ATH-M50xBTs. That said, they are very comfortable.

The Audio Technika ATH-M50xBT headphones also performed well in terms of battery life and Bluetooth connectivity, however the microphone isn’t particularly strong, and you may struggle to make phone calls using them – still, that’s probably not the reason you would purchase a pair of studio quality wireless headphones in the first place.

If you’re looking for professional sounding over-ears on a budget, these could be the perfect pair.

See deal
Amazon.com
Last Amazon price update was: October 25, 2021 1:40 am
× Product prices and availability are accurate as of the date/time indicated and are subject to change. Any price and availability information displayed on Amazon.com (Amazon.in, Amazon.co.uk, Amazon.de, etc) at the time of purchase will apply to the purchase of this product.
MORE