AMD themselves hyped up its Vega GPU to the point where it was anticipated as being a GTX 1080 Ti killer. Sadly this was not the case, and the reference card underwhelmed. Still, when looking at the underlying architecture, Vega has much to offer, particularly now that we are seeing the first custom models arriving that address the biggest weakness: the cooling. We are keen to see what Vega is really capable of with the Asus ROG Strix RX Vega 64.

At first glance, you get the impression that this is a serious graphics card. It’s effectively a triple slot design so consideration is needed when choosing accompanying components. Asus have improved on the reference card in every way. Gone is the overburdened reference blower cooler. The Asus Strix is cooler and quieter thanks to its triple dust resistant fan implementation, much larger fin surface area and lapped base for maximum contact. The fans don’t spin until GPU hits 55c, leaving the card completely silent when not under heavy load. Cooling is only a part of it though. The PCB is massively improved over the reference card, with a 12 phase power delivery system fed by dual 8 pin power connectors. Frankly it is needed in order to cope with any meaningful overclocking. 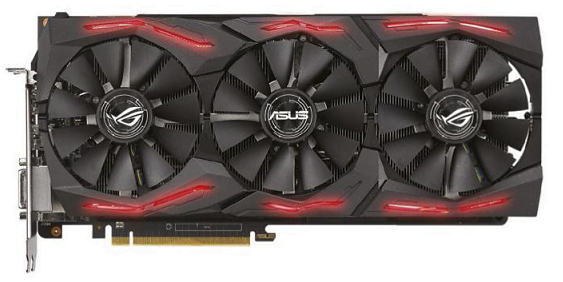 Of course it wouldn’t be a gamer oriented product without RGB onboard, and Asus have included RGB lighting on the back plate and on the shroud of the card. There’s also a supplemental RGB header that supports Asus Aura Sync for matching the colors to the rest

of the system. The card has a total of five video outputs consisting of two DP vl.4, two HDMI 2.0b and one DVI-D port. This means all bases are covered with the latest video capabilities. One of the little things we really like is the inclusion of a pair of fan headers that can synchronize with the card for optimal cooling. For example, an adjacent case fan can ramp up to push additional air towards the card while under heavy load. The Asus GPU Tweak software has been updated with easy to set OC profiles in addition to full manual control for the more advanced tweaker.

Performance is pretty good and it trades blows with the GTX 1080, which is good to see, but that’s

▼Asus has done its best with their RX Vega 64. The card is sort-of-cool, quiet and about as fast as you’ll get from an air cooled Vega

the minimum we’d expect given the GTX 1080 has been around for 18 months and uses much less power. Perhaps AMD can find some performance gains over the life of the card, in DirectX 12 or Vulkan games that can make full use of the Vega feature set.

In our testing the card got up to 83c, which is high but not horrible. Thankfully noise levels are well under control. The huge Strix cooler does a great job. Unfortunately you can pretty much forget about overclocking. Increasing the power levels and setting a higher core clock leads to throttling quite quickly which defeats the purpose.

THAT POWER USAGE THOUGH…

At the end of the day there’s a lot to like about the Vega architecture and its advanced features. Asus has done the best they could with what it is. If you have a Freesync monitor or just love team red, then the Asus Strix Vega 64 will serve you well. It competes well against the GTX 1080 but a 300 watt+ power consumption is tough to overlook.

One of the enduring problems for AMD is availability due to the mining craze. When you combine this with the scarcity of the HBM2 memory, we are looking at potential stock shortages and vastly inflated prices. This makes the card much more difficult to recommend. Asus have indicated the launch RRP. At this price the GTX 1080 is clearly the superior choice. We are hopeful that street prices will be lower to make the Asus ROG Strix Vega 64 a more compelling option. 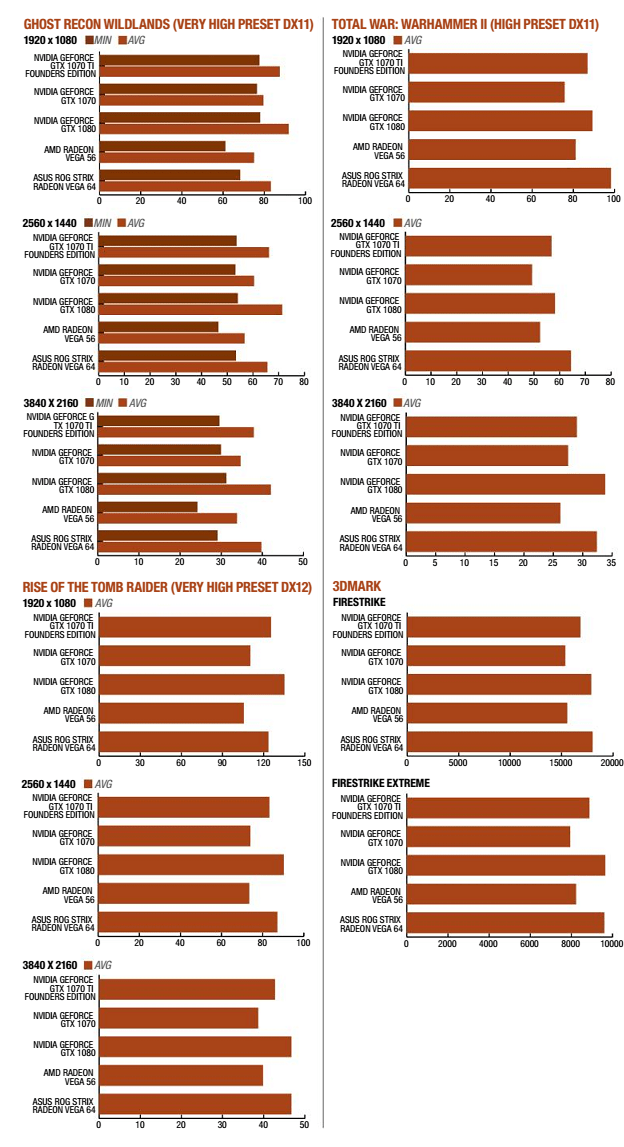