Strix, Silent & Deadly – ASUS packs a mean punch with Polaris, bringing us a ® graphic card that stays cool even under pressure

AMD are always in the pursuit of the best performance they are capable of. Their devotion for making quality hardware is something that most people don’t see, but this time they aren’t playing around anymore with the release of their Polaris architecture. The latest RX cards provide great performance and power efficiency along with great cooling all at an affordable price. 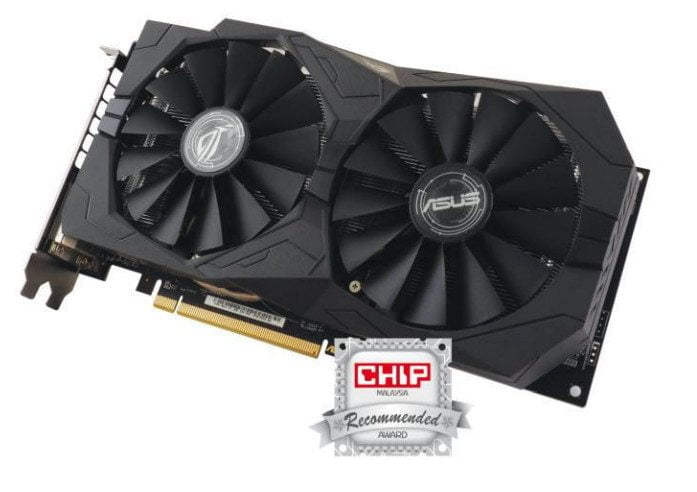 We had the opportunity to try out the latest ASUS ROG RX470 Strix Gaming, a great midrange card meant for those who want to play the latest 1080p games on a decent budget. Out of the box the graphic card was sporting ASUS’ Direct CU II cooler with Patented Wing-Blade Fans, the Direct CU II technology being one of ASUS’ great innovations keeps the heat away from the GPU during gaming sessions.

While playing a wide variety of games ranging from League of Legends, Overwatch and Doom, the card kept pretty cool and silent. We were a bit disappointed that it was lacking a backplate, as we’d expect their Strix Gaming line of cards to have them since it’s their top end line of graphic cards. But on the other hand, ASUS has their FanConnect technology on their side, allowing a 4-pin GPU-controlled header to be connected to a system fan for targeted supplemental cooling. 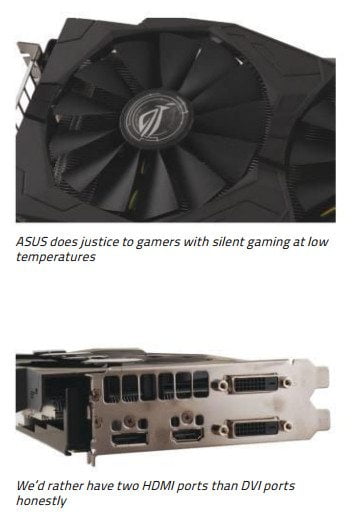 The RX470 Strix Gaming runs only on a single 6-pin connector which is pretty good considering that it has a custom cooler, and is factory overclocked. Using ASUS’ GPU Tweak II we could easily switch between OC Mode and Gaming Mode. The card comes already in Gaming Mode, clocked at 1250MHz but if you want that little bit more of performance from the card, just bump it up to OC Mode for a slightly higher clock of 1270MHz.

There isn’t a large difference between the two overclocking modes, but OC Mode does yield a small improvement in performance nonetheless. And if you like your bling bling, the RX470 Strix Gaming comes with Aura RGB Lighting on the shroud allowing you to further personalise the insides of your PC with a choice of millions of colours in six different effects.